Let’s move immediately into first gear, onto the track, and remember to keep those hands smooth.

Our iRacers today include our very own, imaginary ex-works drivers and 5 times world champions… 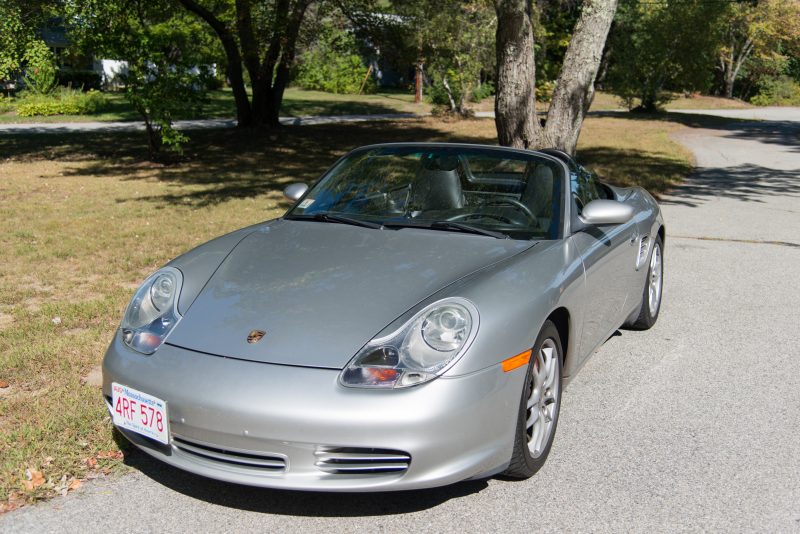 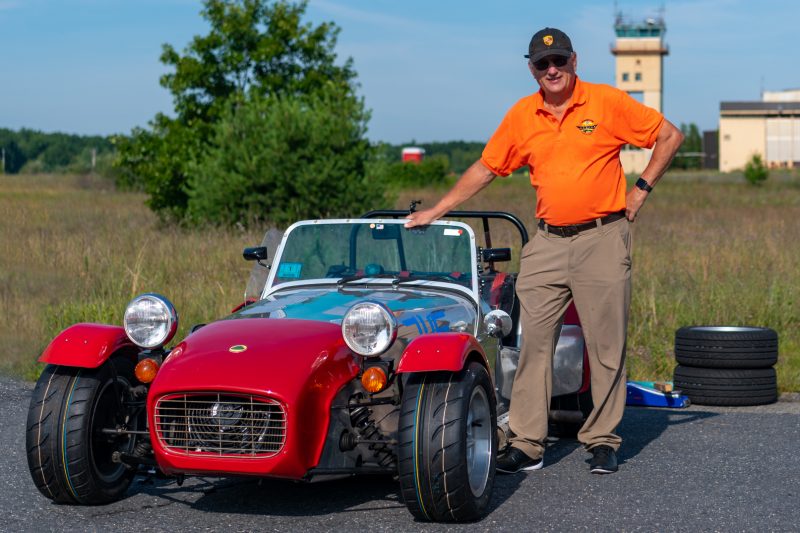 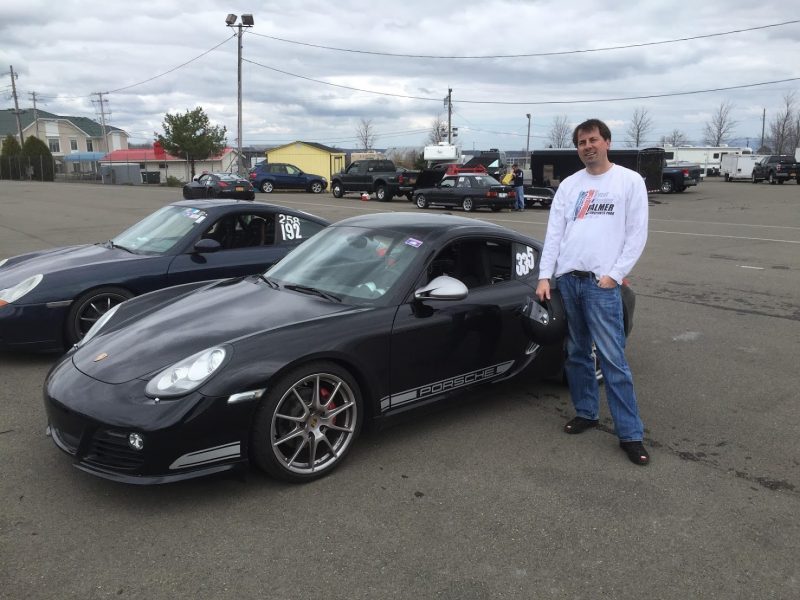 Liam Rudzitis, Upper Canada Region, showing off his notoriously fast SIM car. (Which, tbh I am too slow to have ever seen.) 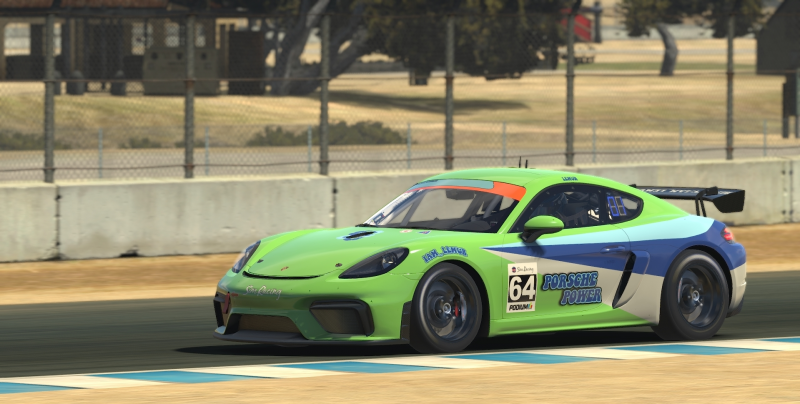 And taking pole position today, the outrageously smooth and slippery

Ken Tubman, Lone Star, Zone 5. Owner of the multiple ladies of; Carmen – “all my cars have names” (shown here at COTA): 2007 Cayman S – “slightly” modified.  Sabine the SIM rig, Yes, named after THAT Sabine; I did start my sim experience on Nürburgring, after all.  And last but not least his Street P-car – Giselle-: 2016 981 GT4, modified by SharkWerks. (That’s quite a handful of ladies you got there Ken…DC) 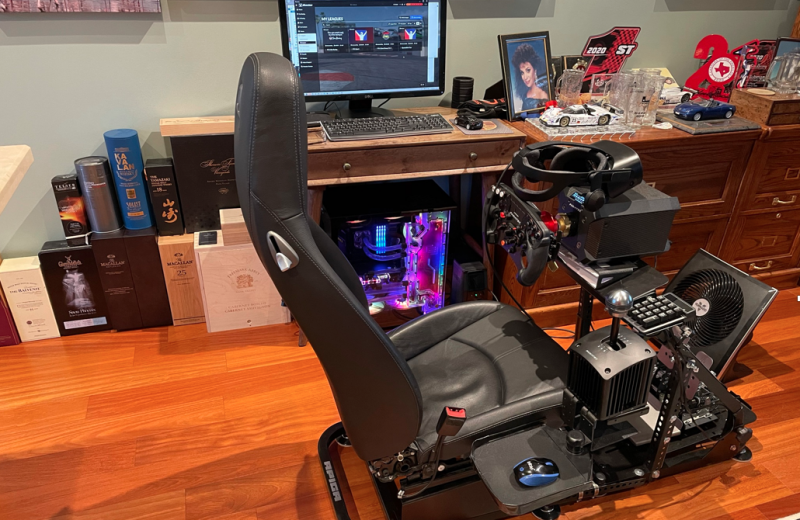 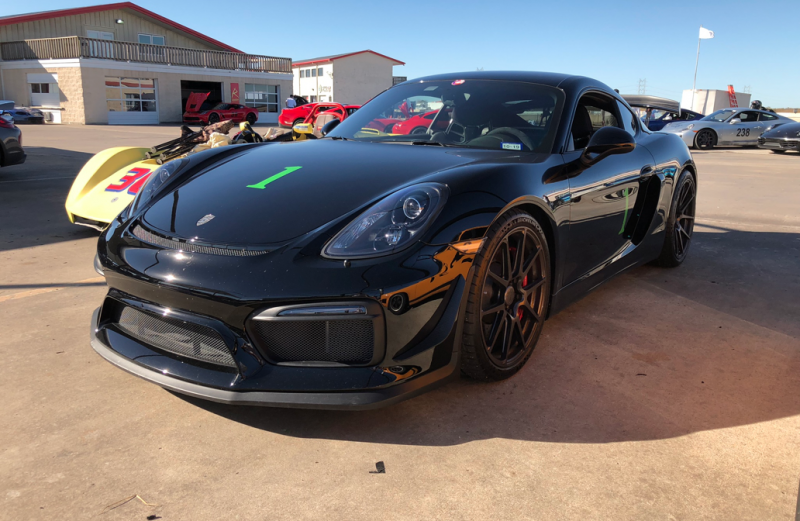 Netflix Drive to Survive seasons 1 and 2.”

Liam Rudzitis, “Porsche – The Legendary Cars. It is a documentary that chronicles the history of each vehicle produced by the brand.”

Ken Tubman, “Rush. I really enjoyed that, except for when my wife watched the fire scene and I knew a lecture about safety and more grief about racing were coming (she’s not a fan of the sport.)”

“What is your favorite movie with a car featured?

Anker Berg-Sonne, “Any James Bond with the Aston Martins.”

Chris Braun, “Cannonball Run, loved the Countach and the two individuals that were driving it were ok too.”

Liam Rudzitis, “Smokey and the Bandit, the first one of course.”

Ken Tubman, “This is tough. I don’t watch many movies. How about The Graduate. I have Alfas too.”

Ken Tubman, “Fanatec DD2, Formula wheel, HE Sprint pedals, CPU: i9-10900 boosted to 5.3GHz, GeForce 3080, Reverb G2 VR headset. Much of this is new this year after I started with the PCA Sim Racing league. The computer is the most recent upgrade. It’s nice being able to maintain 90 FPS. I had been running between 40-60 before with a lot of stuttering. None of this made me any faster 😉”

Ken Tubman, “Ferrari F40. My first track days were in Calgary at Race City. The Porsche dealership gave me a track day when I bought my first Porsche and I was hooked immediately. I joined a few clubs and went to Race City regularly. There was a guy who brought his F40 to the track once in a while. Fast, beautiful, great sound … an amazing car.”

Anker Berg-Sonne, “I have only driven Miatas and Porsches and don’t like the Miata.”

Chris Braun, “I like almost all of the GT cars.”

Liam Rudzitis, “I would say the BMW M4 GT4 is my favorite as it is extremely stable and easy to drive during long stints.”

Ken Tubman, “Ferrari 488 GT3. I really like the way it feels and handles.”

Ken Tubman, “GT3 Cup car. It’s tricky, and fun. I like the challenge, even if I don’t do that well with it.”

“Do you have a favorite iRacing circuit?

Ken Tubman, “I’m not sure there is a single favorite. Nürburgring, Bathurst, and MoSport come to mind.”

“Shoes, socks or slippers when you drive your rig?

Liam Rudzitis, “Neither usually, during the spring/summer/fall but will sometimes slip on socks during the winter months.”

“How long have you SIM raced?

Chris Braun, “Been doing iRacing for about 2 years.  Grew up on console games Gran Turismo and Forza Motorsport.  Was very addicted to those games as a younger person.”

Liam Rudzitis, “I have sim raced for over 10 years across many platforms and many games. Starting with Toca Race Driver 3, GT Legends, then moved to the more arcade like Forza series before returning to sim racing with Assetto Corsa 5-6 years ago and finally iRacing 4 years ago.”

Ken Tubman, “I started sim racing this past summer with the Quarantine Cup league. It’s a great group and they have taught me a lot. I set the sim up 4 years ago to learn Nürburgring for a trip with my sons. I practiced that track A LOT before a went. Then the sim sat unused until I was invited to join the Q-Cup group.”

“Is there another SIM car race platform you’ve tried? (Like?)

Liam Rudzitis, “Assetto Corsa is where I spend a lot of time. With a massive game modification community, there is always new content to try on the game.”

Ken Tubman, “I’ve tried a few others. iRacing just feels the most realistic to me. I like some of the cars available in Assetto Corsa. For example, it has the Alfa 4C like the real one I have.”

“What are you most used Steering Wheel Hot Keys (mapped buttons)?

Chris Braun, “Reset/Tow to pits (and when I am getting towed back to pits recenter headset).”

Liam Rudzitis, “Headlight flash and pit limiter, but the pit limiter is by far the most important button to map.”

Liam Rudzitis, “My drink of choice is simple, a Dr Pepper with a slice of lime. Perfect for racing.”

“Given a few hours locked away, what would you prefer to watch…

Ken Tubman, “Mx5 Cup. Those guys are all very close, the racing is nose-to-tail for whole race and there are lots of passes and moves. I also watch Formula 1, even though watching an entire race to see one or two passes makes me question my sanity.”

“Does SIM racing ’scratch your itch’ for car racing? or would you always prefer to race in real life?

Anker Berg-Sonne , “It scratches my itch. Racing in real life has only been in Skip Barber Race School. Can’t afford real racing.”

Chris Braun, “I would love to race in real life some day.  Perhaps this year.”

Ken Tubman, “Sim is very good. Real life is better. It’s nice being able to do so many races as the sim allows. I could never do this many in real life.”

“If you were the boss at iRacing command, what new feature, improvement, race category or class would you make?

Anker Berg-Sonne , “Recognizing and punishing drivers who cause accidents and not the victims. Anything that discourages the crazy drivers.”

Chris Braun, “Would love to see some of my local tracks on there. But do understand that it would be cost prohibitive.”

Liam Rudzitis, “I would love to see more lower power/lower speed racing. For instance, the introduction of the Nissan Micra (now Sentra) Cup, Spec Boxters, the 944 Cup, series like that.”

Ken Tubman, “Easy one: I’d like to be able to show only cars on track in the relative black box. When I’m exiting the pits and there are many other cars in the pits they fill my relative black box so I can’t see how much space I have to the next car coming at speed.  Provide a signal when ABS comes on. I would like to get some indication other than sliding.  Harder one: Augmented reality so I could see my steering wheel and the buttons. With the VR headset I need to do everything by feel.”

Thank You Drivers. The sponsorship deals will be in the mail shortly. 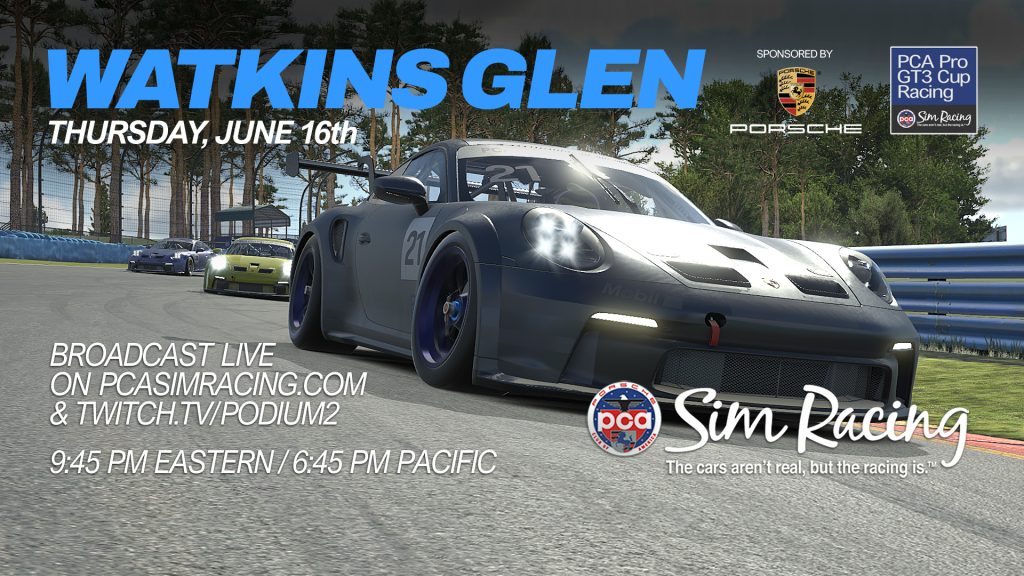 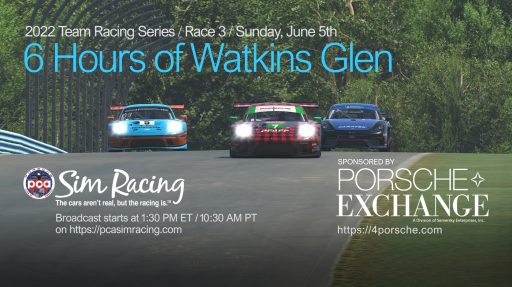 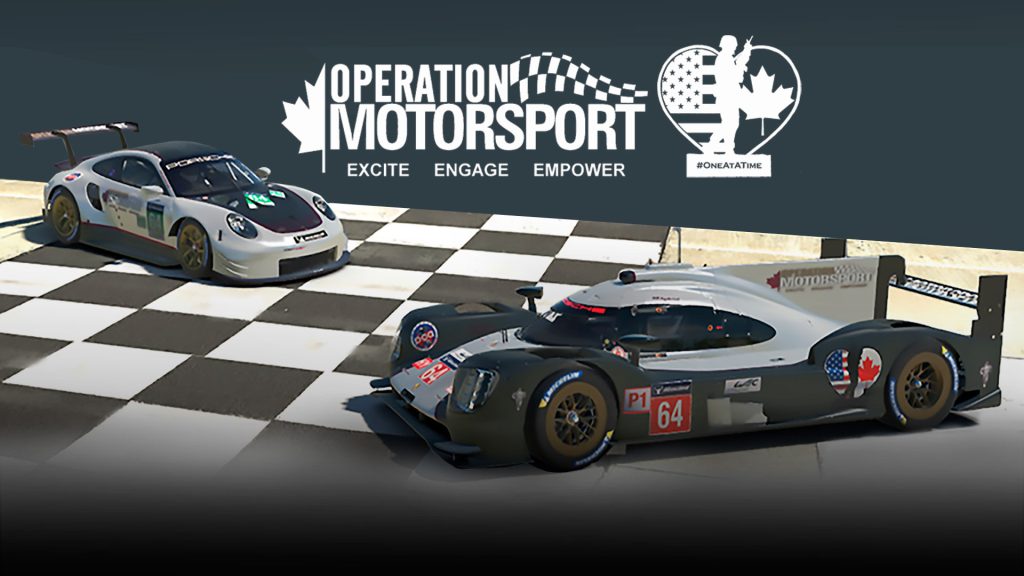