Keep your head up, your eyes down field and make sure to point out the track flag stations as you go by.

Our iRacers today are track day pilots, devilishly fast with a sprinkling of street legal road runners thrown into the frothy mix… 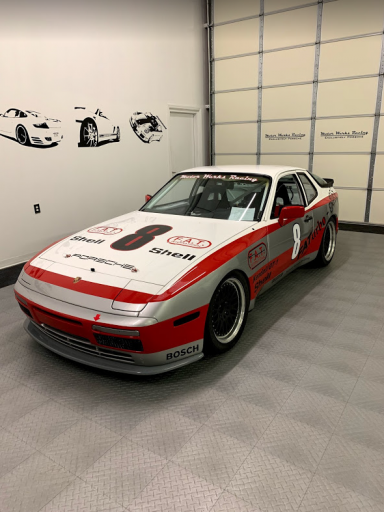 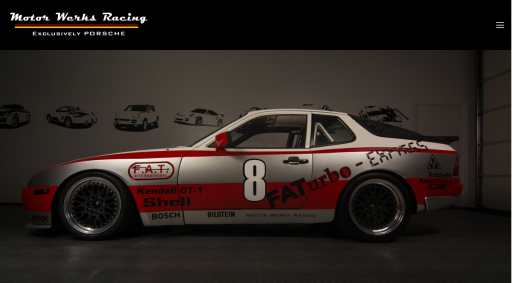 Karl Bocchieri, Metro NY Region, former racer now just DE and national PCA instructor.  I have a 1986 Carrera that I am working on restoring, a 2006 Carrera S my first Porsche and former DE car, a 2016 GT4, and a race-prepped 996 GT3 for the track. (Special thanks to the Mrs Bocchieri for letting us have Karl for Porsche propagation!…ED) 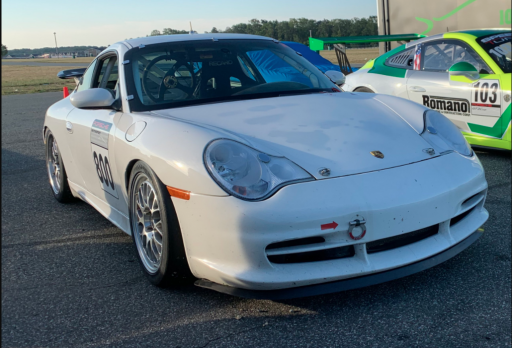 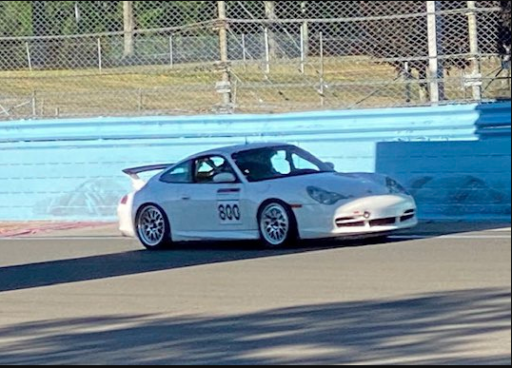 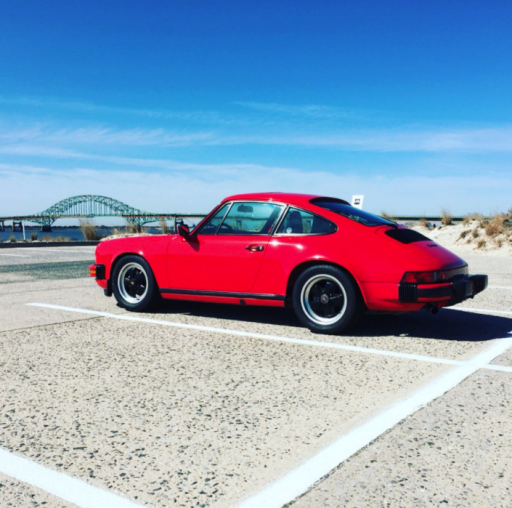 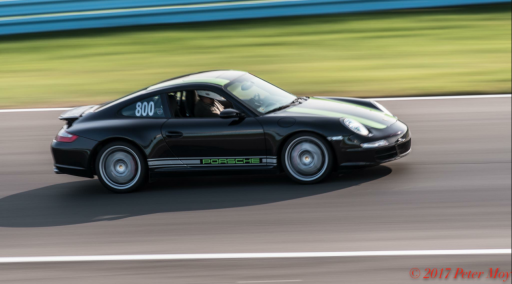 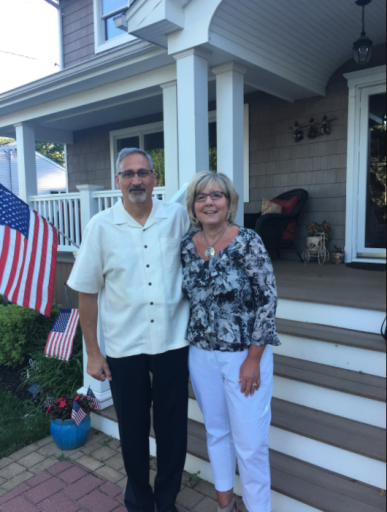 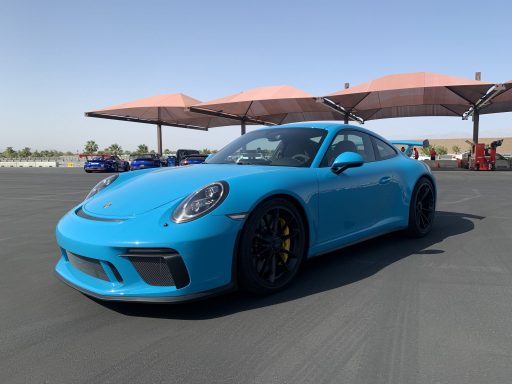 blue IS the color!

And last but not least, to take their rightful position amongst the Hall of Famers… 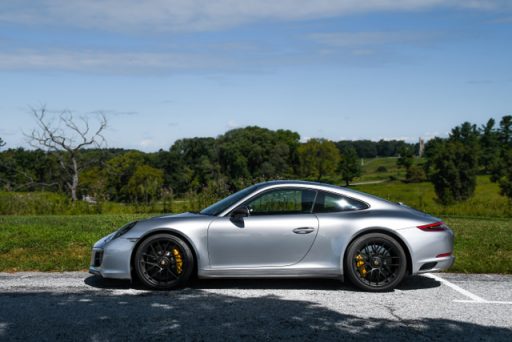 Rafael Amorim, “I usually prefer racing documentaries to car movies. I watched a few recently that I enjoyed: The Gentleman Driver, F1 Drive to Survive, and Uppity.”

Karl Bocchieri, “I like them all except for the one with Sylvester Stallone.”

Chris Ciborowski, “I’d have to say Endurance, the story of the Porsche factory teams competing for back-to-back at Le Mans, and then the 24 hours of Nurburgring within the span of 2 weeks.”

Tamer Elbaga, “Ford vs Ferrari was a great movie. A very well done movie with some documentary thrown in. I also enjoyed Grand Prix. Big Formula 1 fan so despite it being “old” to me and very long, it was a great flick.”

Rafael Amorim, “The James Bond movies are usually iconic and the Aston Martin DB5 is always a favorite.”

Karl Bocchieri, “I liked Bullet and the chase scene from the movie (furious?) 7 Up.”

Tamer Elbaga, “I’m sure I will miss some but what springs to mind immediately is Back to the Future! Love the DeLorean. Always fun watching those.”

Rafael Amorim, “I’m on my 2nd iteration now. I started using my MacBook with a Logitech G29. I’ve recently upgraded to a dedicated rig with the Fanatec DD/Porsche Wheel and SimCraft Tilton Pedals.”

Karl Bocchieri, “I have Fanatic Clubsport wheelbase and pedals, and I have upgraded to triple 32” monitors.  I have a lot of trouble with motion sickness and can’t use VR so this was the best compromise.  I just purchased and set up the Z1 software system on a separate monitor and I think it’s helping my driving immensely.”

Tamer Elbaga, “T500RS with Ferrari F1 add-on. Was using the T500Rs pedals but just splurged on a custom hydraulic set from Sandt’s Racing Fabrication. I cannot say enough how much more enjoyable sim racing has become since getting the pedal set a month ago or so. Feel is phenomenal. Have to relearn how to drive sims from the “mash” the pedals version of driving. I’m using a pretty basic 8020 rig but will likely be upgrading to get set for a motion setup. I’m also now on 27” triple monitors.”

Rafael Amorim, “This is a difficult question, there are so many different cars I would like to drive. A couple of cars that keep coming to mind and I don’t think I will have the opportunity are the 911 R and 918. More realistically I’ve been interested in driving the 718 GT4 or Boxster Spyder.”

Karl Bocchieri, “Very hard to pick just one, I like everything. Some CAN-AM race cars from the ’60-’70s that I use to watch on TV most likely.”

Tamer Elbaga, “Would love to drive the McLaren F1. It’s aging now but still spectacular.  My ultimate dream would be to drive any actual F1 car.”

Rafael Amorim, “The Mazda MX5 is always fun and challenging. I also like the BMW M8 GTE.”

Chris Ciborowski, “Does iRacing have any other cars besides Porsche?…!”

Tamer Elbaga, “Hmm…I’d have to say the Spec Miata. It’s a fun little momentum car.  There is a lot of “mash the pedal” in that one ;-)”

Rafael Amorim, “I’ve been enjoying driving the RSR lately. Braking can be frustrating at times, but it is so rewarding when you “get it right” and lap times start improving.”

Karl Bocchieri, “The Cup just before iRacing just screwed it up.”

Tamer Elbaga, “I barely have a handful of laps on any of the other cars but the first thought is the GT4 as it’s probably the easiest to drive right now!”

Rafael Amorim, “I’m going to have to go with our local track – Road Atlanta is a blast. Very challenging and fast. I still struggle with turn 3 and one day I will learn how to take it.”

Chris Ciborowski, “It’s a toss-up between COTA and Suzuka – but there are so many I haven’t driven…”

Tamer Elbaga, “COTA has to be the one. I’ve driven it in real life and it’s an amazing track and facility. iRacing does a very good job replicating it although it feels a touch harder in the game than it does in real life. I really like Barber as well, as it’s much more flowing and you don’t need a rocket ship to extract speed there.”

Rafael Amorim, “Definitely shoes! The OMP One EVO-R is great and comfortable.”

Tamer Elbaga, “When I was using the T500RS, the pedals were a soft potentiometer type. Despite that, I used to use running shoes and then switched to flip-flops as it was just a hassle changing. With the hydraulic set, 100% shoes. I use lighter Skechers to get some feel. But I really can’t stomp on the brake without a shoe.”

Rafael Amorim, “I’ve been playing sim codes for a while (Gran Turismo, etc), but switched to proper Sim Racing around May 2020.”

Karl Bocchieri, “Only 7 months, never thought I would like it.  The shutdowns and travel restrictions of COVID made me try it out.”

Tamer Elbaga, “I’ve been racing F1 for a few years. I would say that’s more “sim-arcade”. Proper Sim racing for about 3 months with iRacing.”

Rafael Amorim, “I tried a bit of Assetto Corsa Competizione but decided to stick with iRacing for now. I’d rather focus and get good at one Sim rather than try several.”

Tamer Elbaga, “I really like Assetto Corsa. Great options with vehicles and driving dynamics are at least as realistic as iRacing with probably better feel from the tires. It has a little less of that “slidy” feel. I’ve tried Assetto Corsa Competizione but have trouble setting up the graphics on the triple monitor. Kind of disappointing given how much positive feedback there is out there. Raceroom has a great driving experience. Ultimately, I have very little time to do much more driving than the PCA series.”

Rafael Amorim, “It depends on the context. During practice definitely the Reset button!” In more serious settings probably Pit Limiter and Radio. The black box buttons are also used quite often.”

Karl Bocchieri, “Usually I cycle through the relative standings box as well as the different Z1 screens.”

Rafael Amorim, “All it takes is one drink to get me tipsy. I usually enjoy beer or wine and I can’t really handle hard liquor.”

“Given a few hours locked away, what would you prefer to watch…”

Rafael Amorim, “I love multi-class endurance racing. I’ve been following IMSA and WEC lately and there’s just so much action.”

Tamer Elbaga, “Formula 1, no question. I don’t have as much time anymore but I used to watch every motorcycle series from MotoGP to AMA. Lately, IMSA has grabbed my attention thanks to all this SIM racing.”

“Does SIM racing ’scratch your itch’ for car racing? or would you always prefer to race in real life?”

Rafael Amorim, “Definitely. Racing in real life comes with a number of financial and personal consequences I’m not prepared to handle. I would rather enjoy leisure track days and focus my competitive energy towards iRacing and the friendly environment we have at PCA Sim Racing.”

Karl Bocchieri, “It’s nice to be able to escape for an hour or two, and be home but nothing is like the real thing.”

Chris Ciborowski, “For the time being, yes. I actually got started with sim racing to prepare for stepping into American Endurance Racing last year – but, well, you know. But all the sim racing has me frequently looking at Porsche race cars.”

Tamer Elbaga, “This is a very interesting question. I love racing and have been looking for an excuse to do more. I’ve done several “track experiences” so that I can drive someone else’s car fast. So that brought me into iRacing. Then as I started to do more iRacing, it started to spin me into wanting to do more track days. So in a sense, they are just feeding each other in a vicious cycle. So much so that I decided to sell my 991.2 GTS and pick up a 981 GT4. RTR is going to be seeing a certain GT4 as often as I can get out!”

“If you were the boss at iRacing command, what new feature, improvement, race category or class would you make?”

Rafael Amorim, “It would be nice to have access to more tracks – Atlanta Motorsports Park is a place I go often and it would be great to be able to practice virtually as well.  I think some sort of iRacing Academy would also be helpful. I think access to specialized training and coaching would help drivers grow. There are some resources available but they don’t seem to go as deep as real-life race craft training.”

Chris Ciborowski, “At this juncture, probably would say to make sure the Porsche race cars are up-to-date (ahem, GT3 R and the 992 GT3 cup). Also, it would be great to get rain, that would be an interesting dynamic in endurance races.”

Tamer Elbaga, “Honestly, it would be great if it was way more intuitive to start. After 2 months, I think I’ve sorted the most critical elements but honestly, it’s not user-friendly at all. I’m used to games like F1 where you can more or less jump on and drive. Like anything, when you get used to it, it gets easier. I can’t tell you how many times not realizing something critical cost me a race. Like not understanding about quick repairs, sitting in the pits for minutes, getting fuel when you don’t need it, not getting fuel when you do, etc. That was and still is very frustrating.”

Thank You Drivers and see you out there on the track!

Unfortunately, as of press time, none had received a seat in the F1 team of their choice. We’ll keep our fingers crossed fellas…