Before and between our PCA Sim Racing Series are Wednesday night events called Interlude (between Series) and Prelude (between Series races). These non-points, low-pressure events are good practice and testing sessions for the main Series events and a great way to visit with friends. They are organized by Steering Committee Member Mike Nyden.

What is “Prelude” and what is its purpose?

Early during season one, the thought occurred that a friendly and low-stress event, run on the same track as Friday’s Broadcast, might be a way to enjoy racing our Porsches while encouraging interaction and friendship. While originally conceived as a competitive “get together” and practice session using that season’s setup, it became clear pretty quickly that people looked forward to it. It’s fun.

During Season 1, members of the Steering Committee realized that these sessions had the potential to influence various parts of the Broadcast.

For season 2, with everyone participating in the “Big Show”, the Prelude was not only a great place for racers to get in some practice for Friday, but the organizers used the information and feedback to help set time of day for the tracks to make the best viewing and racing, get feedback on setups for each track, and collect information about track limits, impact of heat and other things that can make a race more fun and enjoyable. As necessary, using info gathered, slight adjustments to that Friday’s race have been made.

Not just a practice session anymore

While we hope you enjoy the sessions, please know that you’re actually helping shape the upcoming events with your feedback and participation.

So what is an “Interlude”?

We think that the competition and friendship that you’ve created within our league is something special, and between seasons, we just thought it would be fun to get together. If you haven’t realized it, each of the tracks, and each of the cars used, represents something that can be expected to be used during one of the upcoming seasons.

As we head into the latter part of 2020, we’re looking forward to Regional Sponsorship for the Prelude events, and hope they continue to be a place to get information, have a good time, and assist Regions in recruiting new members into our hobby.

Thanks for being a part of the fun. It wouldn’t be the same without you! 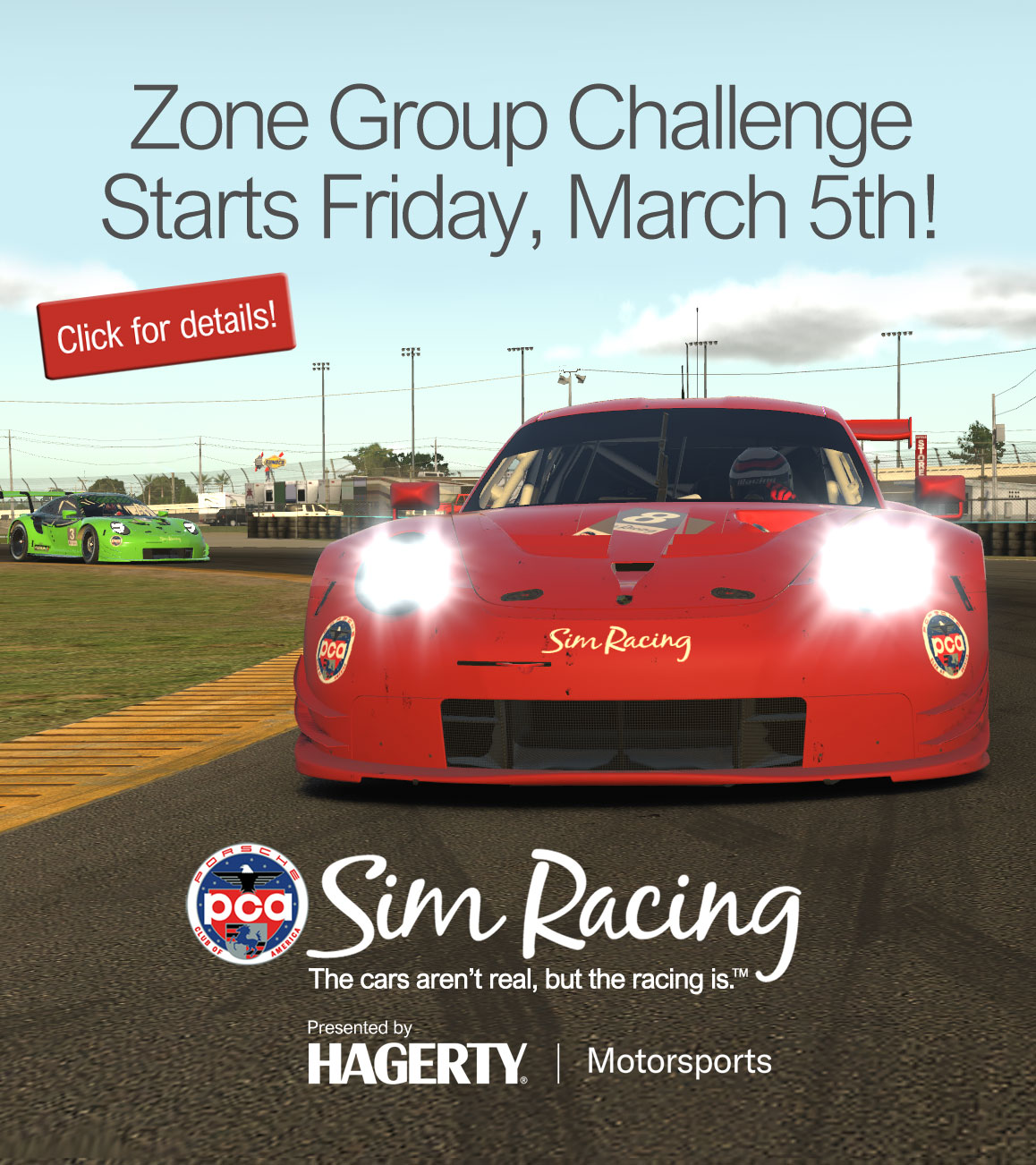 What is PCA Sim Racing?

Series 7
Autumn 2021
Dates to be announced