Series 1 marked the beginning of the inaugural season of the PCA Sim Racing Series. It featured the iRacing Porsche 911 (991.2) GT3 Cup cars – the original intent of the series was to emulate the PCA Club Racing format on a simulator platform, racing at venues that are used for the official PCA Club Racing Series. As expected, most of our PCA members were proficient in driving high-performance cars but were faced with the challenges of wheel-to-wheel racing.

Each event ran two splits – top 30 qualifiers, which was broadcast live with professional commentary by Podium eSports, and the rest of the field which was not broadcast. Post-series survey suggested that our Racers greatly favored screen time on live-TV, so the PCA Sim Racing Steering Committee decided to ensure broadcast coverage for the entire field in future Series. 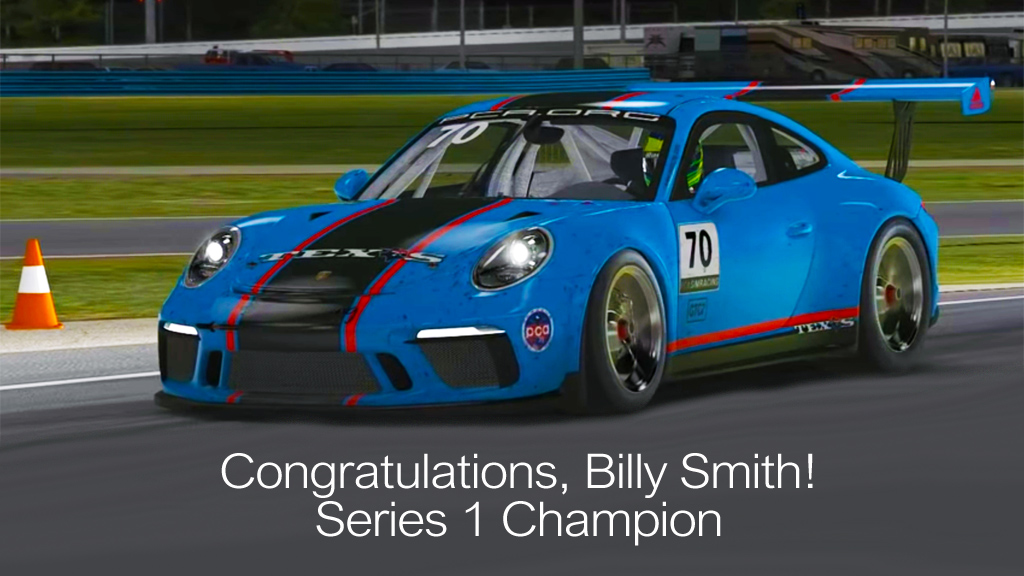