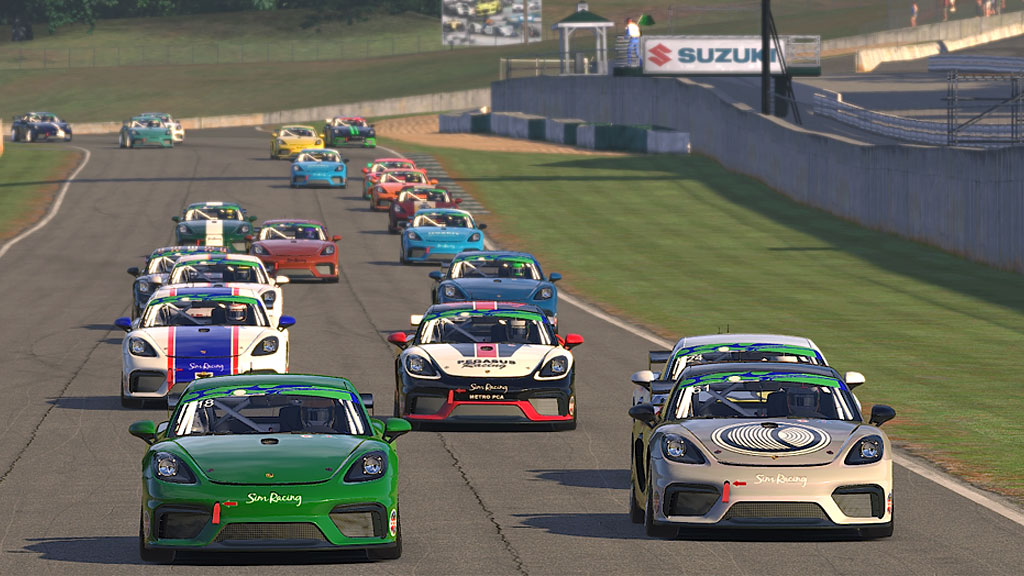 PCA Sim Racing and PCA Club Racing were both at Road Atlanta this last weekend. Our broadcast included special in the car features from the Club Race in our broadcast to show the realism of iRacing the Sim Racers enjoy. We started the broadcast with a hot lap done by ACI Motorsports driver Billy Van Ginkel, then immediately over to our Sim Racing example lap driven by PCA Sim Racing driver Michael Polasek.

An exciting start to the Challenge class race sponsored by Hagerty. Some of the front runners were taken out in an incident on the very first corner of the race allowing Eon Simon to take the lead. Several close racing moments for the challenge class but Eon Simon was able to hold onto the pole position to the checkered flag. John Crooke was on Simon’s heals the entire race finishing in second. Justin Moreno finished out the podium spots in third. 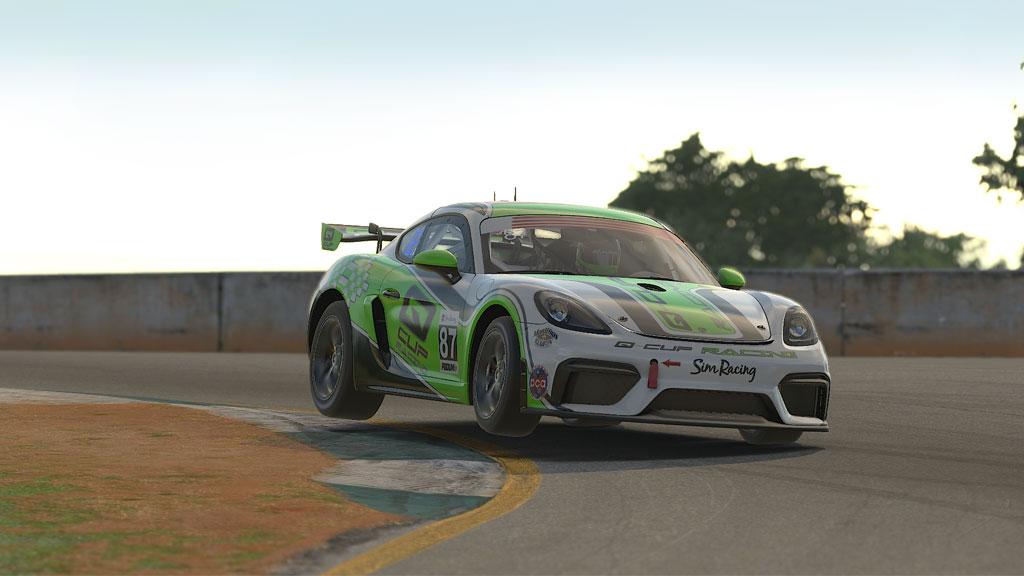 The Sport class sponsored by LelandWest was able to get off to a fairly clean start to the race, carefully observing our orange zone rules. Jensen Benet was able to rocket ahead of the pack in the first couple laps ahead of Chris Duffy and Earl Artz Jr. The top 10 had some extremely close bumper to bumper racing treating our viewers to some great passing maneuvers. In the end, Jensen Benet walked away with the win. Earl Artz Jr was able to hold on to the second position with Chris Duffy finishing in third. 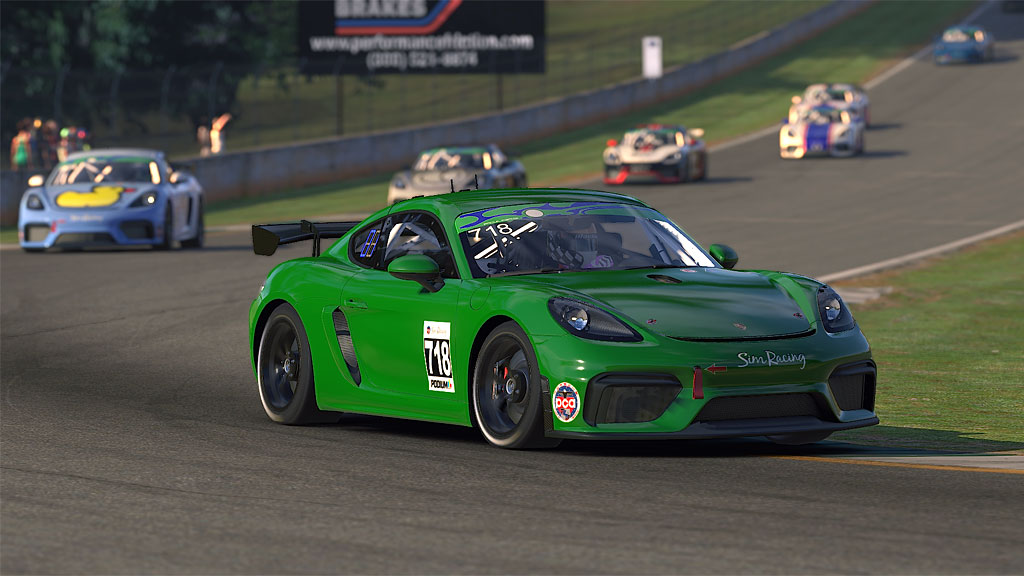 The Club class sponsored by Michelin saw some excellent qualifying times and a great start to the race. Rafael Amorim got the holeshot on the field with Adam Golightly and Sean Benet close behind. Extremely close racing in the entire top 20 of the field with most of the car’s bumper to bumper for the first few laps of the race. Tres Drawhorn was able to get into the third position by the middle of the race. Benet ended up getting an edge on Amorim for the win with Amorim coming in second. Drawhorn was able to hold onto the third position at the checkered flag. 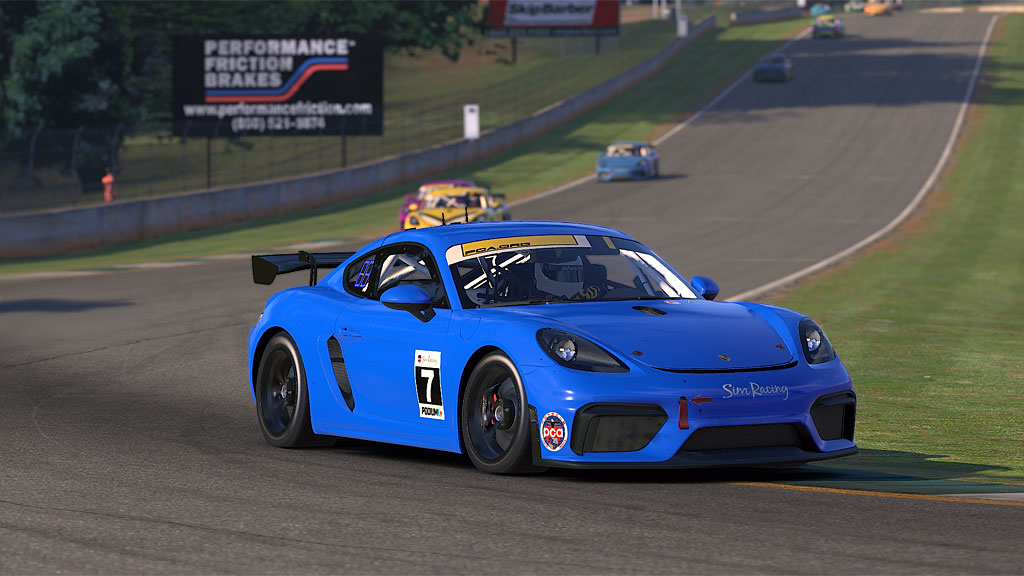 PCA Sim Racing’s top tier drivers sponsored by Porsche put on an excellent show right up to the checkered flag. The entire top 20 qualified within a second of one another. This is a tighter field then Formula 1. After a fierce battle in the front of the field, Jason Lisner took first place after a scuffle on the last lap. Leif Peterson drove an excellent race and finished in the second spot. Joshua Vieira finished third after a very calculated run as well. 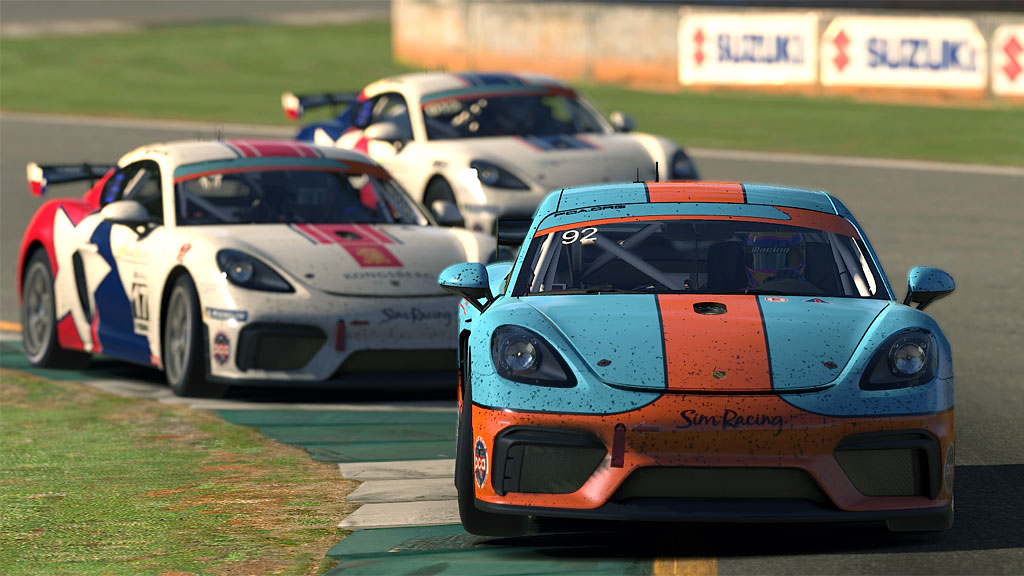 Join us Friday evenings at 7:00 PM Eastern to experience the excellent announcing by our Podium crew and the competitive driving from our Sim Racers.

Our next race is at Circuit of the Americas in Austin, Texas.

Join us Friday for another great event.