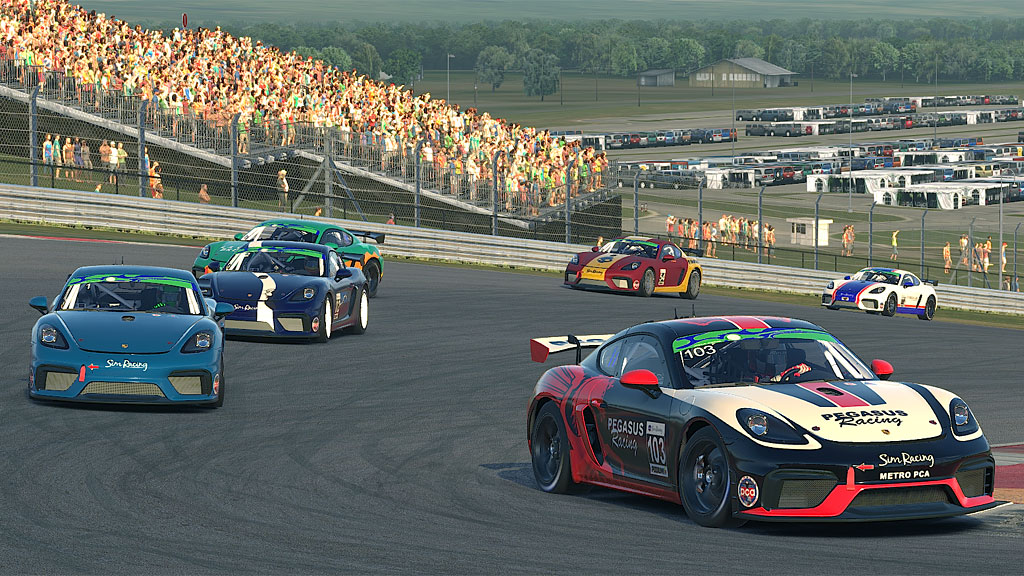 The PCA Sport class at COTA in Series 5

Live from iRacing’s virtual Austin, Texas, PCA Sim Racing took to Circuit of the Americas (COTA) for the fifth race of Series 5. This course is a very technical track that tested our sim racers skills. Our Series 4 champion Michael Polasek gave us another great walkthrough of the track in the iRacing Porsche Cayman Clubsport GT4 MR.

The Hagerty sponsored PCA Challenge class started with a big incident into turn one with the top 5 drivers from qualifying getting away cleanly. Several groups of racers were battling closely throughout the grid during the race. Daniel Ruble was able to lead the race from the green flag until the checkered flag. Eon Simon posed a threat to Ruble the entire race finishing just a couple seconds off the leader in the second position. Chris Ciborowski was able to clinch the third position. 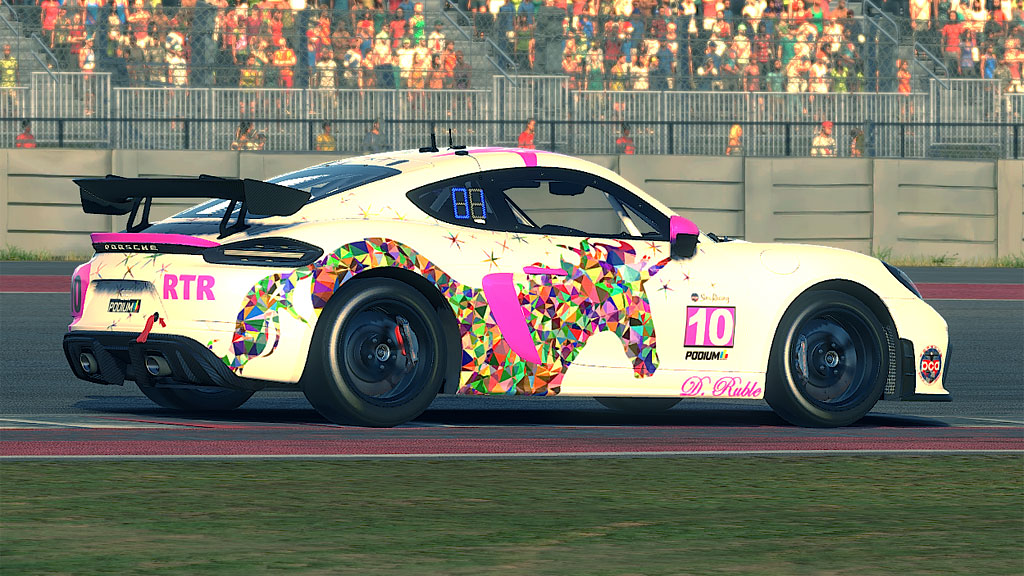 The PCA Sport class sponsored by LelandWest got off to a clean start to the race with Jensen Benet leading the field. Extremely close racing in the top ten of the field made for a very exciting broadcast from our Podium eSports announcers. Several cars went two and three wide in the first few laps of the race. Benet was able to lead the entire race and walked away with the win. Earl Artz Jr claimed the second position with Gregory Samson close behind in third. 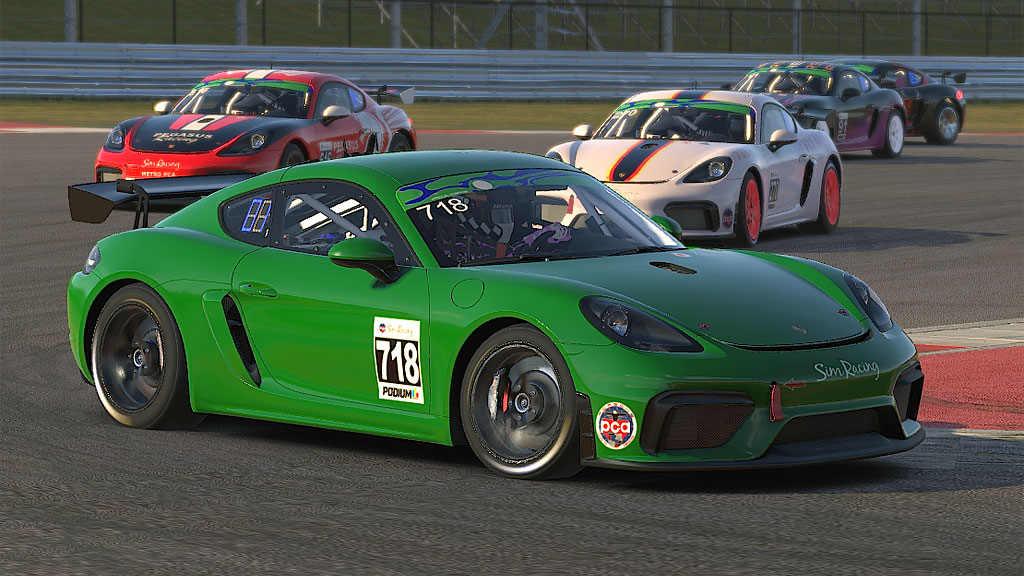 The Michelin sponsored PCA Club class had the cars going three-wide into turn one but a clean start by most of the field. Adam Golightly got away in the first position but was challenged by Rafael Amorim and Sean Benet in the first lap. Amorim was able to make the pass into the first position who had to defend against Golightly with them going side-by-side for a few laps. Golightly got into the first position again with Benet in the second spot after race control issued Orange Zone penalties for contact for a couple of the top drivers. After the pitstop, Benet was able to secure the lead and finish in the top position. Stephen Chen drove an outstanding race finishing in second with Sahib Khalsa coming in third. 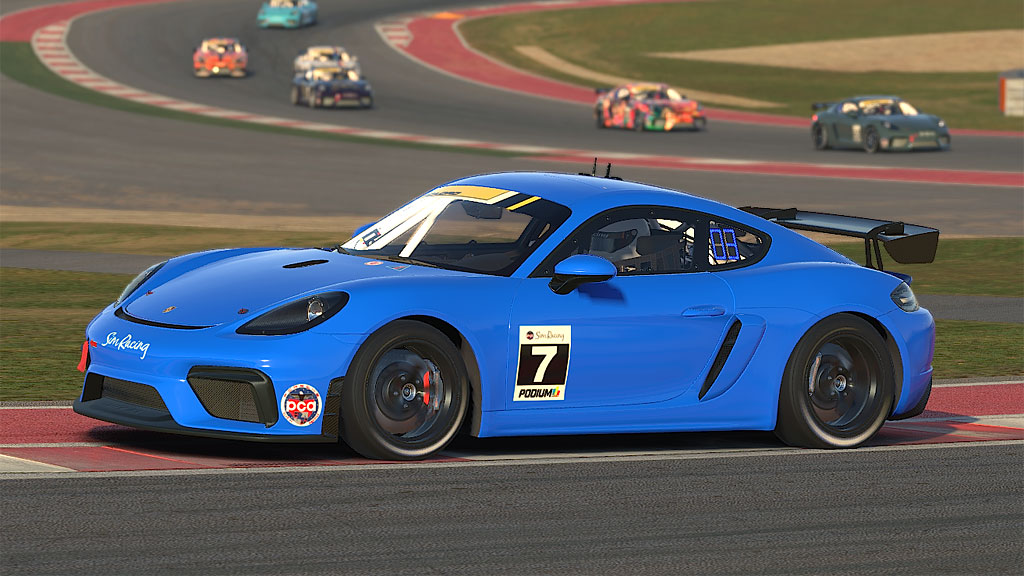 Porsche sponsored Pro Class saw the drivers going four-wide into turn one with a couple of cars bouncing off of each other. A dramatic first lap left Christopher Paiz leading the pack with the top 3 separated by less than a second for several laps. Leif Peterson was able to make a pass on Paiz which didn’t last too long before Paiz took back the lead and ended up holding him off until the checkered flag. Peterson came in second with Joshua Vieira finishing in third. 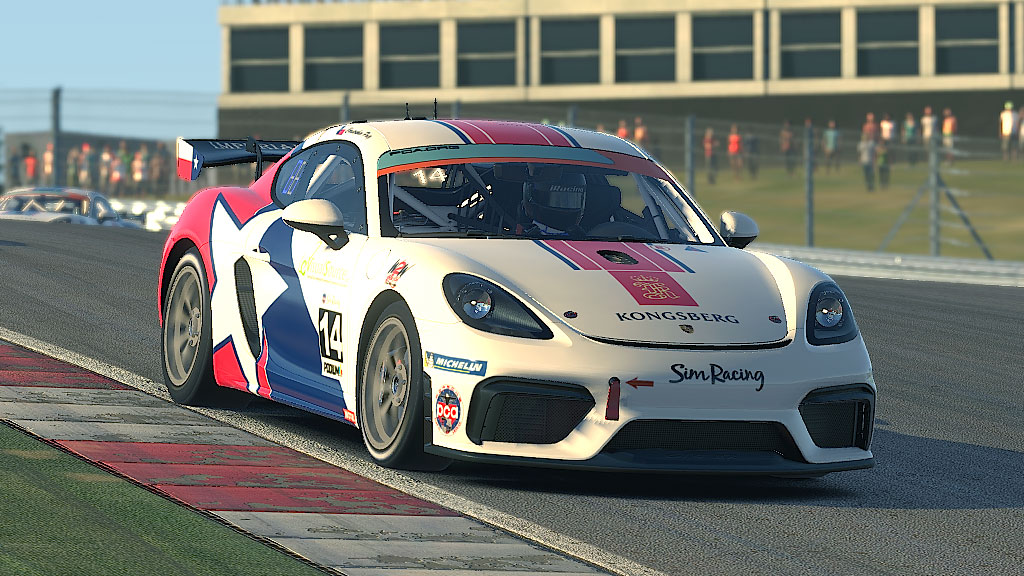 Dewey Kang stood out at the COTA event with his zero incidents! He was the only driver in all 4 races that accomplished the feat at the very difficult Circuit of the Americas.

Next up, Watkins Glen!