Round 6 of Porsche Club of America Sim Racing Series 5 took place at Watkins Glen. This is a flowing track with some difficult sections including the “bus stop” corner breaking up the back straight and unsettling the car providing some exciting moments. 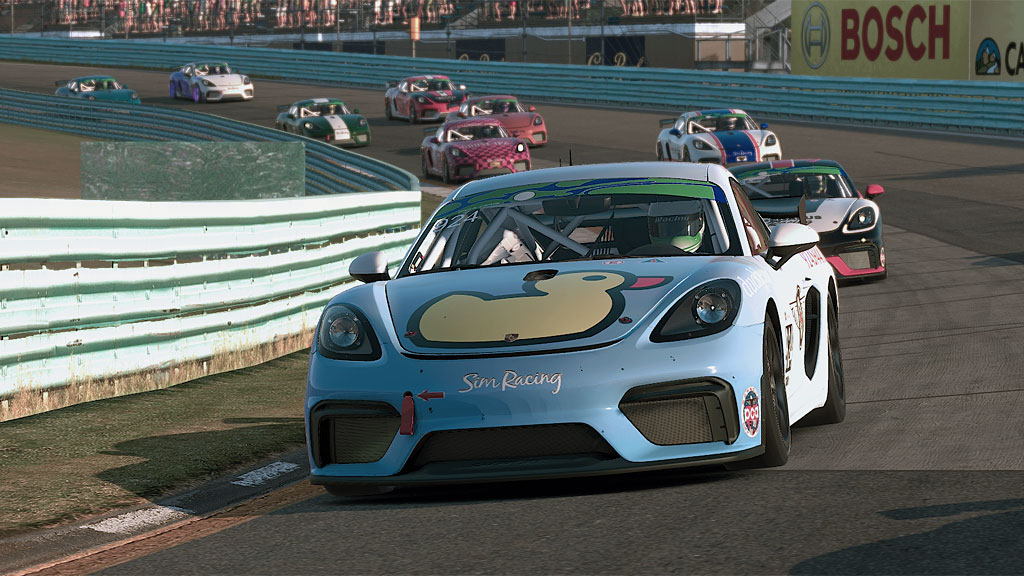 Fast Lap Around the Glen

Our eDE Manager and Chief Instructor, James Huth took us for a fast lap around Watkins Glen showing the viewers how to best extract a good time from the GT4.

PCA’s Challenge Class includes some of our new to sim racing drivers and others that are just new to the PCA events. It was an exciting start of the race. Two wide throughout the pack into the first few corners let Eon Simon hold onto the lead after earning the pole position in qualifying. Several cars in the grid were providing our viewers close racing, giving our announcers from Podium great material to cover. Eon Simon gave us a great lesson on how to lead at Watkins Glen from the green flag to the checkered flag. Justin Moreno finished in the second position just a few seconds back from Simon. Ed Eijsenring finished in third right behind Moreno. 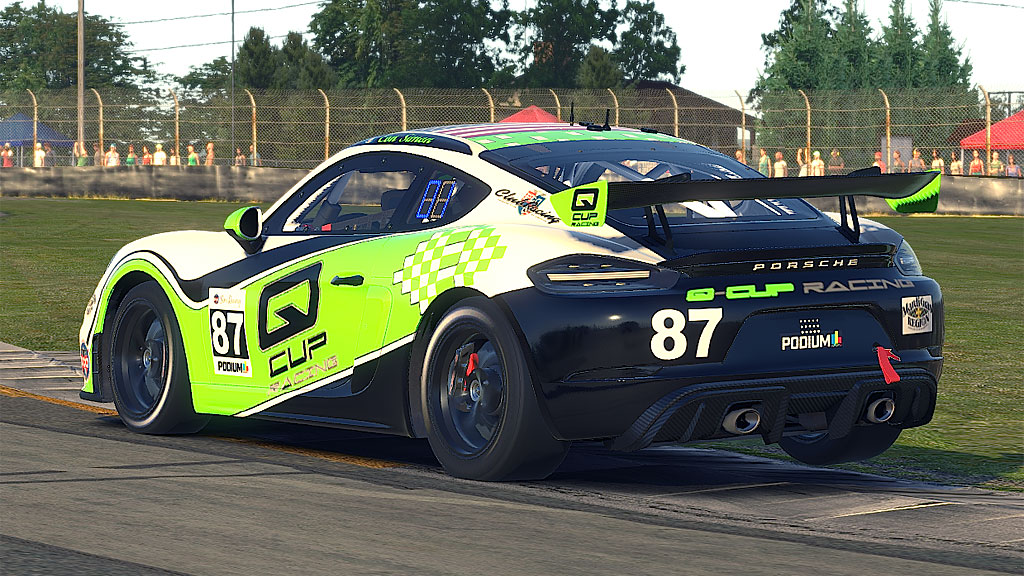 PCA Sport class got off to a clean start with Sahib Khalsa beating the pole-sitter Rafael Amorim off the start at the green flag. The top racers in the Sport class showed the viewers some very respectful racing in the first few laps keeping it single file and nose to tail without much incident. Amorim running second had the rear end get light on him in the boot opening the door for Jensen Benet and Tres Drawhorn to pull into the podium spots. Benet, Drawhorn, and Khalsa provided some excellent racing the entire race all finishing within a second at the checkered flag. Jensen Benet got the win with Sahib Khalsa in second and Tres Drawhorn in third. 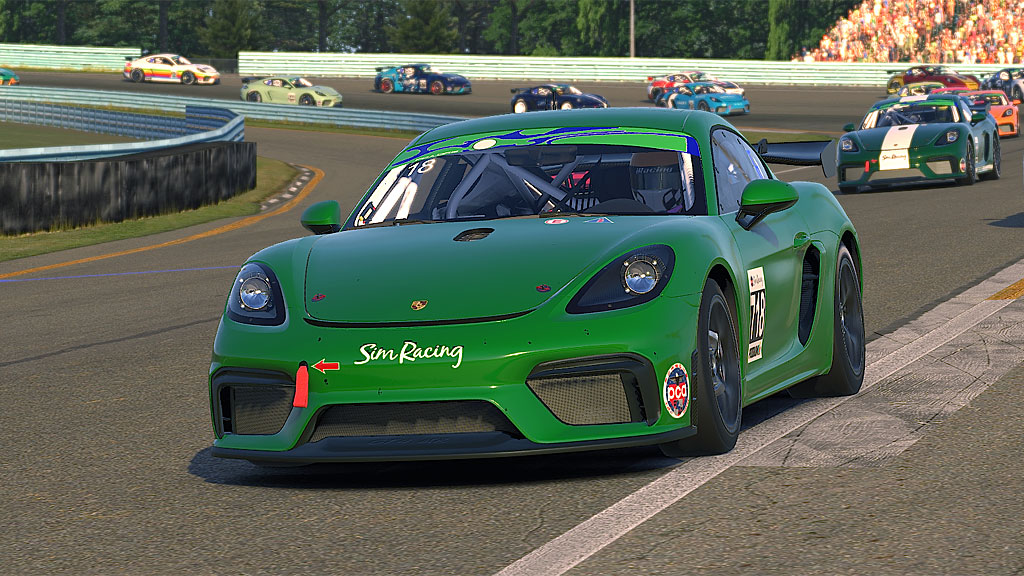 PCA Club class had a tense first lap of the race seeing some huge movement in the field, with Chris Duffy moving up 6 positions in the first lap into the first position. Several drivers found themselves getting on the gas a little too early in the GT4 causing costly mistakes in this race. Sean Benet was able to make the pass to claim the top position and finish in first. Chris Duffy held onto the second position finishing close behind Benet. Michael D Masters finished in third. 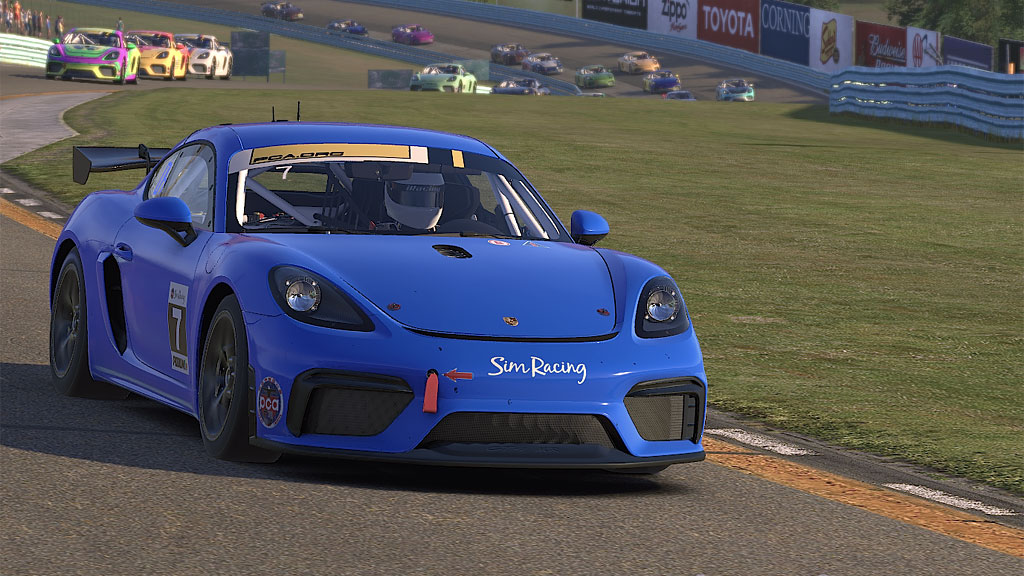 The PCA Pro class once again saw most of the field qualify within a second of each other, closer than a Formula 1 qualifying. This class’s race mentality is really a game of attrition, waiting for a mistake from a fellow racer to capitalize. I personally followed this methodology moving up 9 spots by mid-race but ended up unlucky getting caught up in the battle in front of me. Christopher Paiz led the field from the green flag with Vieira and Paterson close behind. Vieira was able to make a pass on Paiz early on in the race putting him into the lead. Paiz was patient until about halfway through the race trying to make the pass on Vieira but losing out after some slight contact. Joshua Vieira was able to finish in the top spot for the first time. Leif Peterson crossed the finish line in second with Michael Coopersmith less than a second behind in third. 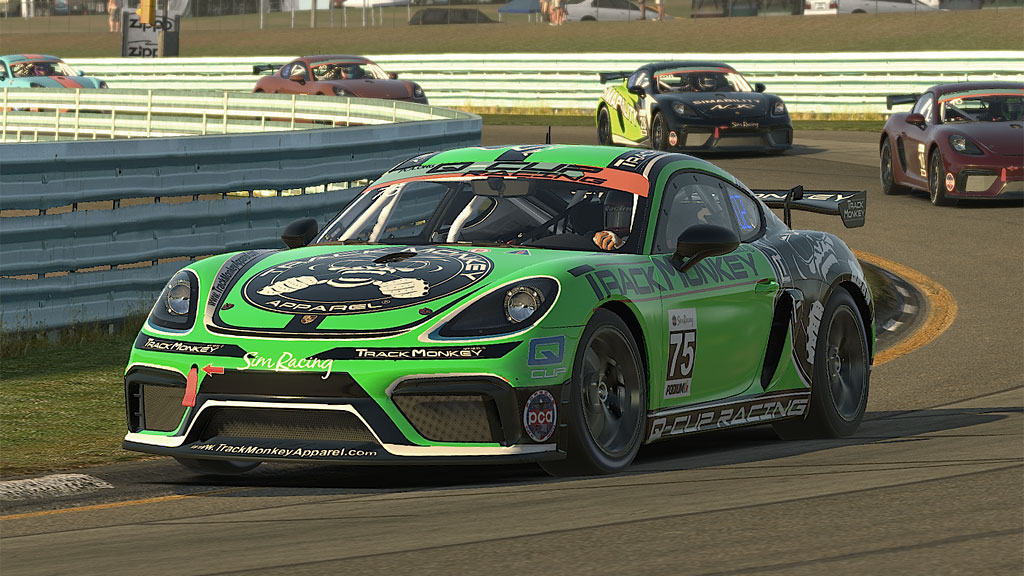 Join us at 7 PM Eastern on Friday, October 16th at Suzuka for Event 7 of the Series.