Across the Pacific Ocean

The second to last round of PCA Sim Racing Series 5 took place at Suzuka in Japan through iRacing. We started the evening with an interview from our PCA Sim Racing Social Media Manager Matthew Mitchell interviewing Paschalis Gkergkis with Virtual Racing School. Gkergkis highlighted what VRS is doing for the PCA Sim Racing group and how he has been helping our Sim Racers get the most out of the GT4 in this series. Please visit virtualracingschool.com for more information about their software offerings for iRacing. 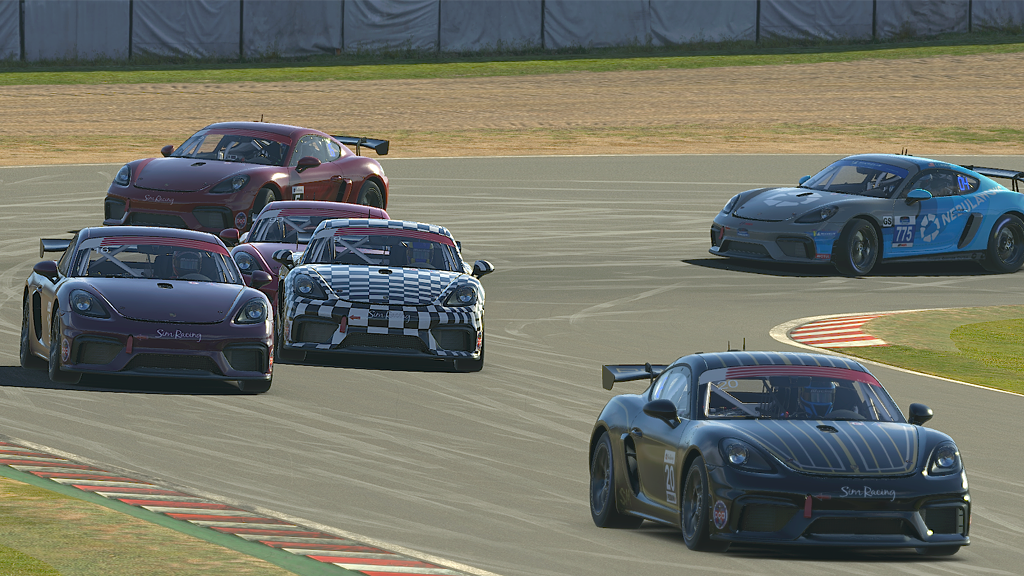 The Challenge Class had our announcer Taylor Burris from Podium walk us through a lap of Suzuka with Tres Drawhorn behind the wheel. The final chicane on the course caused a slightly delayed start to get the cars lined up before the green flag dropped. Eon Simon held onto his pole position start with Ed Eijsenring close behind. The top three were battling it out for the first 10 minutes until the final chicane struck again. The braking zone was misjudged, allowing Simon to get away clean and get a large gap on the field behind. A battle emerged at the end of the race between four cars for the second position between JR Gregory, Trip Starkey, Ken Tubman, and Chris Ciborowski. At the checkered flag, we saw Simon take the first position. Some more madness at the final chicane saw Gregory finishing in second and Tubman in third. 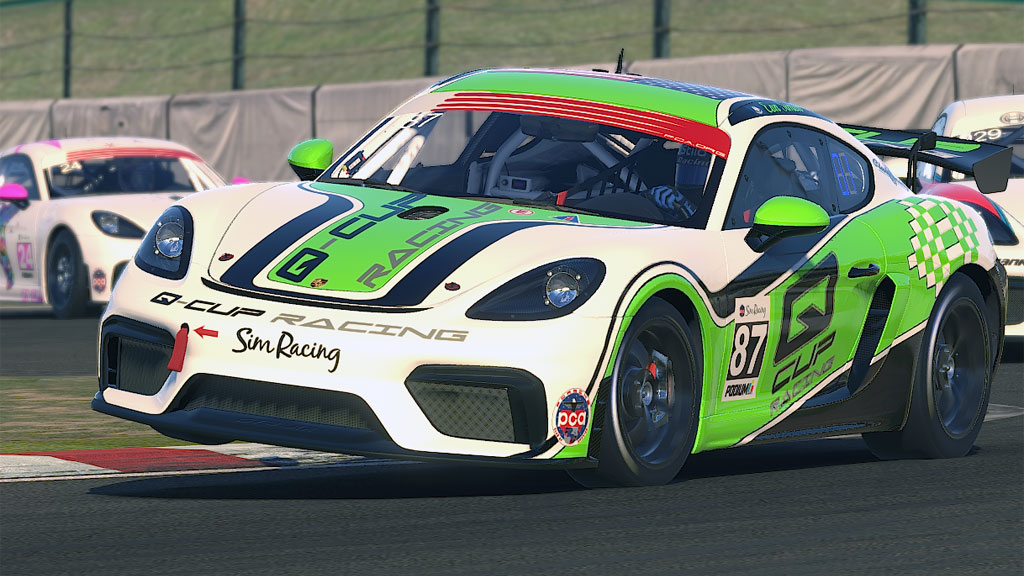 Our Sport Class saw a clean but hectic start going three-wide into the first corner. Jensen Benet got away in the first position with Earl Artz, Jr. close behind. Cold tires and overly courageous drivers led to a couple of incidents on the first lap throughout the pack. Chris Duffy made a great pass early on into the third position over Julian Velez. Midway through the race Duffy and Sebastiano Balestrieri made contact, allowing Randell Ayers into the fourth position and Velez into third. The leaders held their positions for the last half of the race with Benet getting the win. Artz finished in second with Velez finishing third. 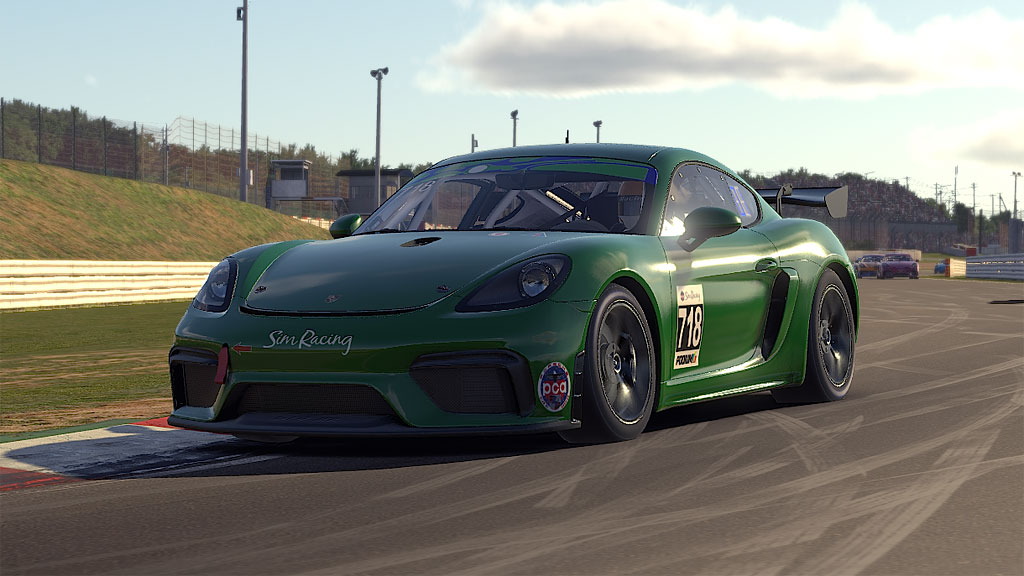 Club Class got off to a clean start with Oberti getting out front and leading Rafael Amorim and the rest of the pack. Mid-race Oberti ran wide in a turn, conceding the first spot to Amorim. Sean Benet made a risky move on the first lap at the final chicane, putting him into the second position with Tres Drawhorn in third. Ed Nelson was able to make a pass into the third position early on, but Drawhorn retook it and later secured the second spot over Benet. Drawhorn and Benet battled it out until the end of the race for the second position with Benet making a pass with about ten minutes left in the final chicane. Rafael Amorim was able to take home the win at Suzuka with Benet in second and Drawhorn in third. 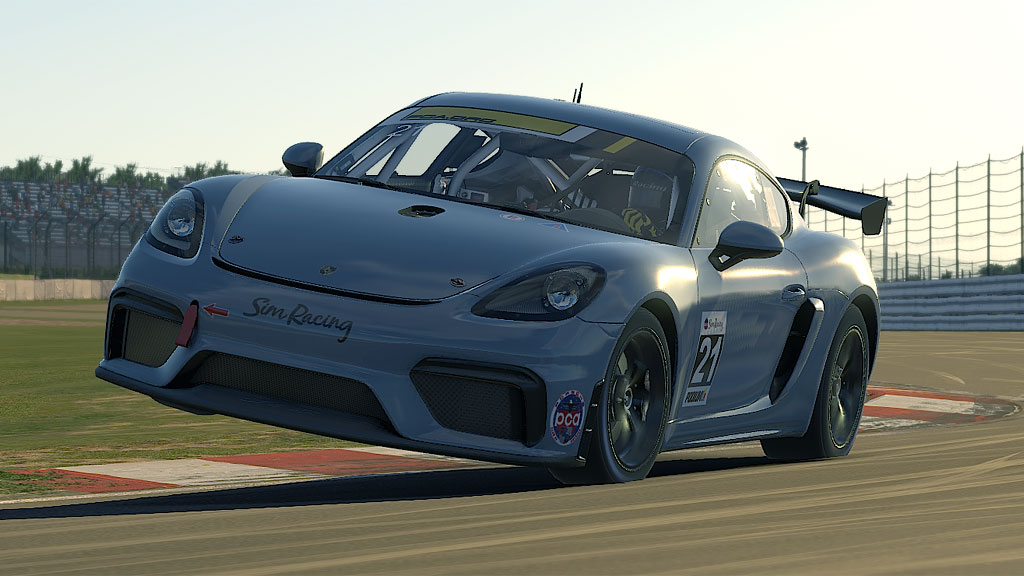 Pro Class had Leon van Haandel holding onto his pole position off the start with Joshua Vieira and Christopher Paiz close behind. Paiz was able to make a calculated pass over Vieira early in the race, putting him in second. The top ten of the pack were all nose-to-tail, just waiting to capitalize on any sort of error by another driver. Vieira lost out in the hairpin, being spun around and putting Rudzitis into the third position after penalties were served. Fourth through eighth battled closely near the middle of the race, allowing for some great racing action for the viewers. Late in the race after the pit stops Haandel remained in front with Liam Rudzitis and James Huth battling it out for the remaining podium spots. The race finished with Haandel gaining his first win, Rudzitis in second, and Huth in third. 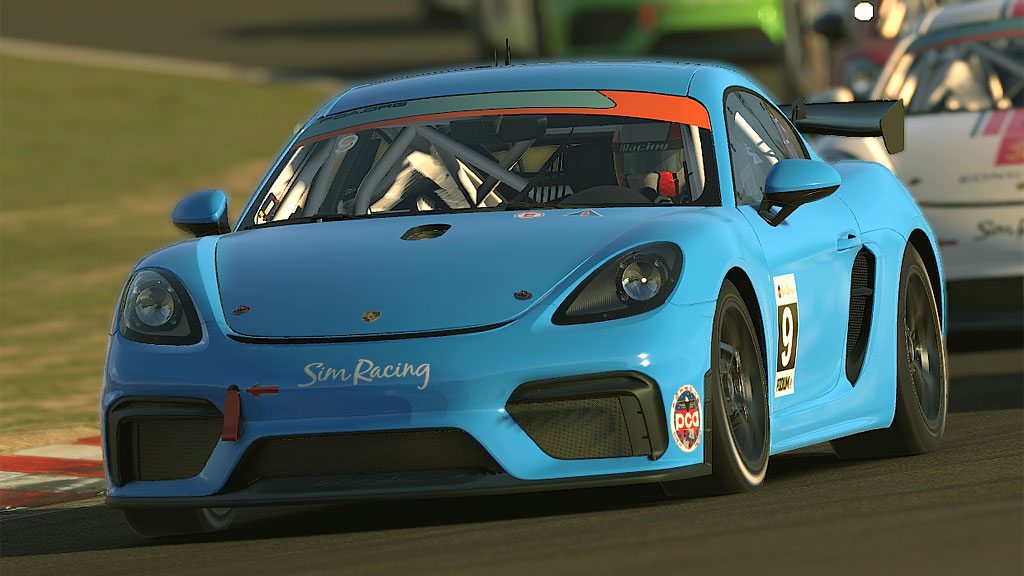 Also, thanks to Z1Dashboard for supporting us on the data side and VirtualRacingSchool providing baseline setups for our racers to use.

Once again Podium eSports provided an excellent broadcast in all the races providing our viewers with excellent camera angles and announcing.

Next, the Daytona Series 5 Finale