PCA Sim Racing met online through iRacing at the Canadian Tire Motorsports Park for the second race in Series 5.

PCA Pro driver Michael Polasek guided our viewers around the course prior to the PCA Challenge race in an extended “how to drive MoSport” video.

Matt Diolosa scored pole position for our Challenge race, beating out Eon Simon by only 4 hundredths of a second. Our Challenge class sponsored by Hagerty got off to a great start with Diolosa holding onto the lead until a slight incident with Kris Pippin. Kris Pippin ran into trouble with 5 minutes in the race with Ken Tubman taking the lead and winning. Second place went to Chris Ciborowski who started the race in P13 with Daniel Ruble rounding out the podium spots. Watch the broadcast here. 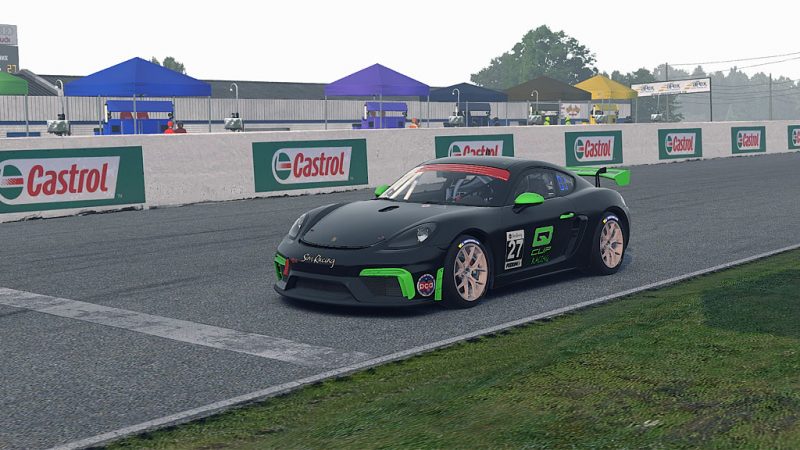 The Sport Class sponsored by LelandWest saw Earl Artz Jr earning the top spot in qualifying edging out Jensen Benet by only 4 hundredths of a second. Humidity on track was extremely high for this race with an overcast environment. Right away Benet was hunting for a pass on Artz but was unable to execute until much later in the race. Benet was able to hold onto the lead to the end of the race and stood on the virtual podium. Artz Jr walked away in second place with Michael D Masters in the third position. Watch the broadcast here. 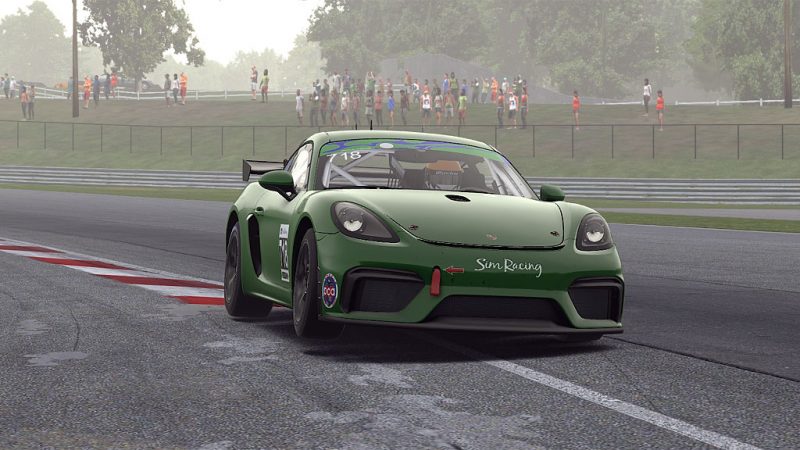 The Michelin sponsored Club Class had Rafael Amorim starting the grid in the top spot with Tres Drawhorn in the front row in second. The weather cleared up for the Club Class but it was a little cooler than the other races. Amorim got a great start getting a good jump on Drawhorn. The pack was very close in the top 15 positions at the start of the race with the close racing remaining through the race in the top 5 positions. Sean Benet was able to make all the right moves and finished with the win at Canadian Tire Motorsport Park. Tres Drewhorn held onto the second spot with Rafael Amorim rounding out the podium finishers. Watch the broadcast here.

The PCA Sim Racing’s Pro Class sponsored by Porsche had some excellent racing moments throughout the race. Liam Rudzitis claimed the top spot from qualifying with Greg Carr in second on the front row. Patience was the name of the game for the racers in the Pro class as they waited for the opportune moment to make moves on the pack in front of them. Carr was able to claim the top position after Rudzitis had an incident midway through the race. A few laps later Carr ran into trouble as well and Leif Peterson was able to claim the lead with Theodore Framhein and James Huth following close behind. Framhein was able to secure first position and finish on top for the win. James Huth finished second with Leif Peterson finishing in third. Watch the broadcast here. 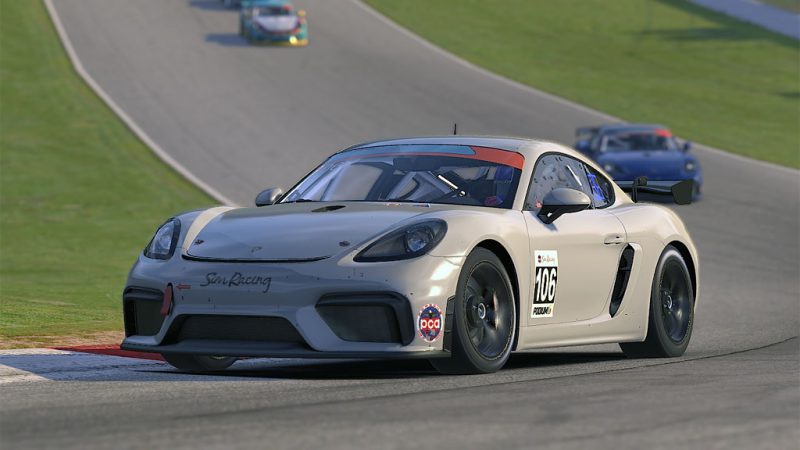 Another exciting race for PCA Sim Racing who would again like to thank their sponsors, Hagerty. LelandWest, Michelin, and Porsche. Our broadcasters at Podium eSports put on a great race with some interesting bio’s on our racers throughout the grid.

Join us next week for another great event.