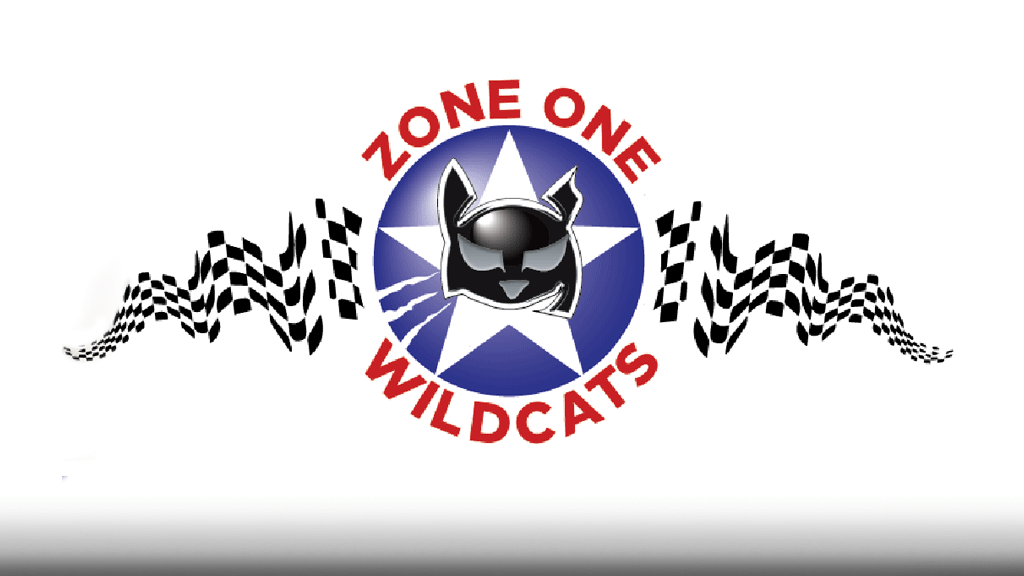 Setups added in the race date listing for Barber and Auto Club.

After the sixth race out of 8, at VIR, the standings in the Zone Group Challenge Qualifiers are as follows: 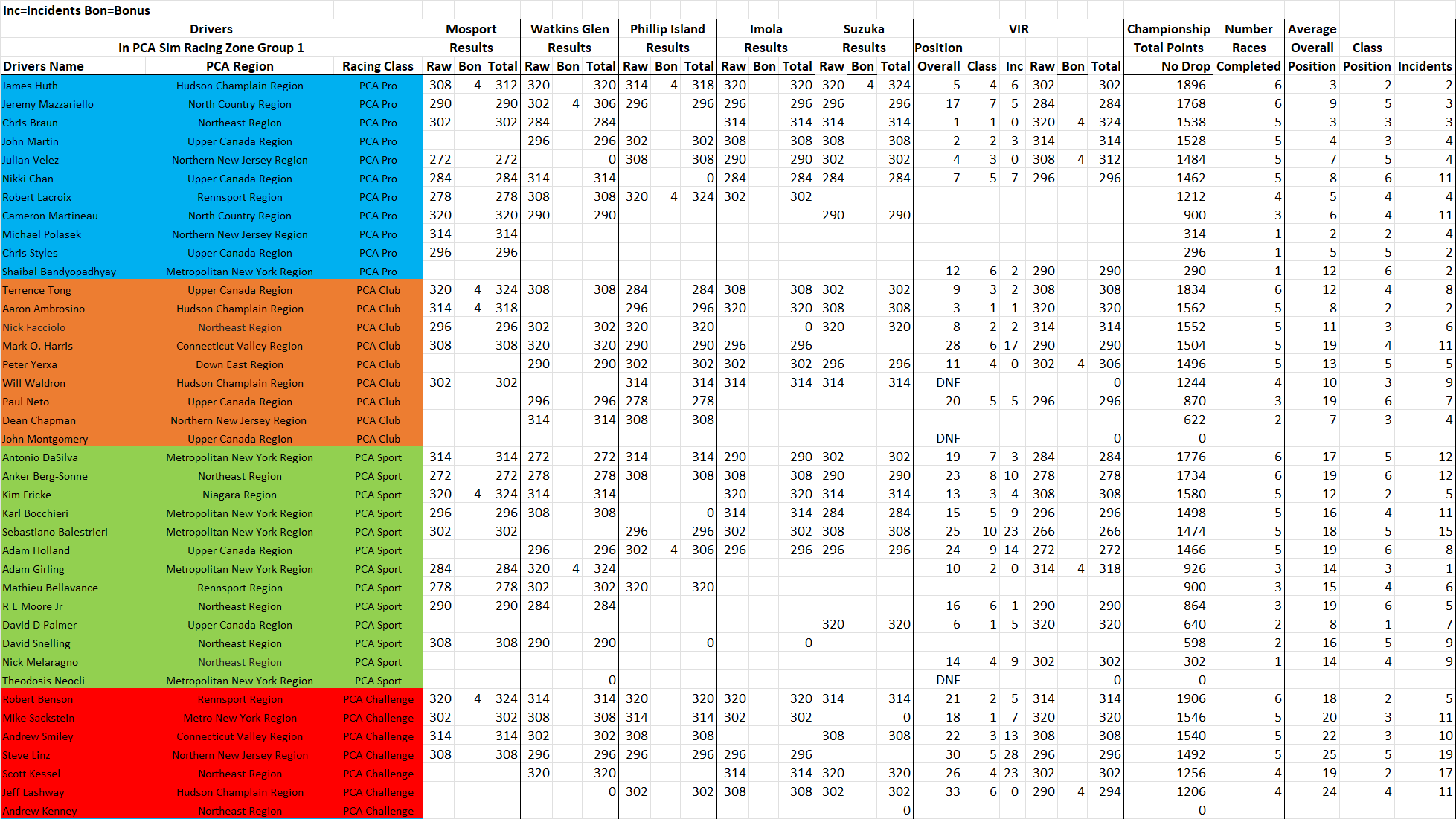 A 10-minute summary video and a full race video are on YouTube.

For instructions on how to join the PCA Sim Racing League, click here. Once you join, you will automatically become a Zone 1 Sim Racing Team member if you are in Zone 1. New members will be placed in the Entry League and not participate in official races until they have reached a basic level of competence plus cleared and classified by an instructor.

The Zone 1 Wildcats will run a series of races starting December 1 into January of 2022 that will select eight racers from each PCA Sim Racing Classes (Challenge, Sport, Club, and Pro) who will advance to the Zone Group Challenge Championship races in February of 2022. The other Zone Groups will run their race series to select their participants.

Each Zone Group has decided the dates, format, cars, tracks, and rules.

We are excited to announce that Speed Secrets Sim Racer Academy, headed by Ross Bentley, will be the sponsor for the Zone 1 Wildcats in the 2022 Zone Group Competition.

Sim Racer Academy (SRA) will award three one-year free memberships in SRA for non-traditional accomplishments during the series. The specific accomplishments will be announced soon.

In addition, Ross Bentley will give the entire membership of PCA Sim Racing a free webinar on car setup, a topic that has been passionately discussed lately. The webinar will be held in mid-December on a date and time that also will be announced soon.

All four classes will compete alongside each other.
Each class will be scored independently of the other classes:

Only iRacing penalties will be applied, no live stewards at the races and no Orange Zone
A stop and go penalty at 14 penalty points and disqualification after 25 incident points
After each race, there will be a debriefing where we will go through incidents and discuss how to avoid them. Come to the session with learning in mind. This is not the time to vent or point blame. It’s a time to be open-minded and learn regardless of whose fault it was.
There will be 2 dropped races for each racer, either missed or lowest points score

Please feel free to contact any of us on the Zone 1 Discord Server. 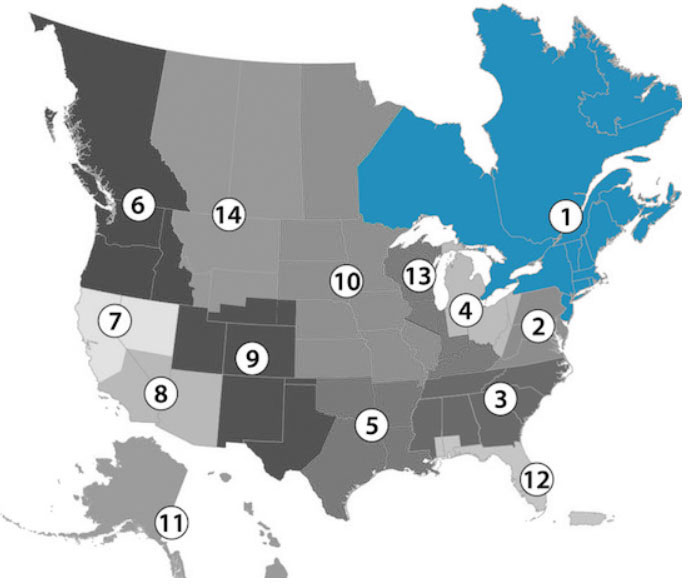 For any questions about the Zone Group Challenge Qualifier races, contact Anker Berg-Sonne on Discord.