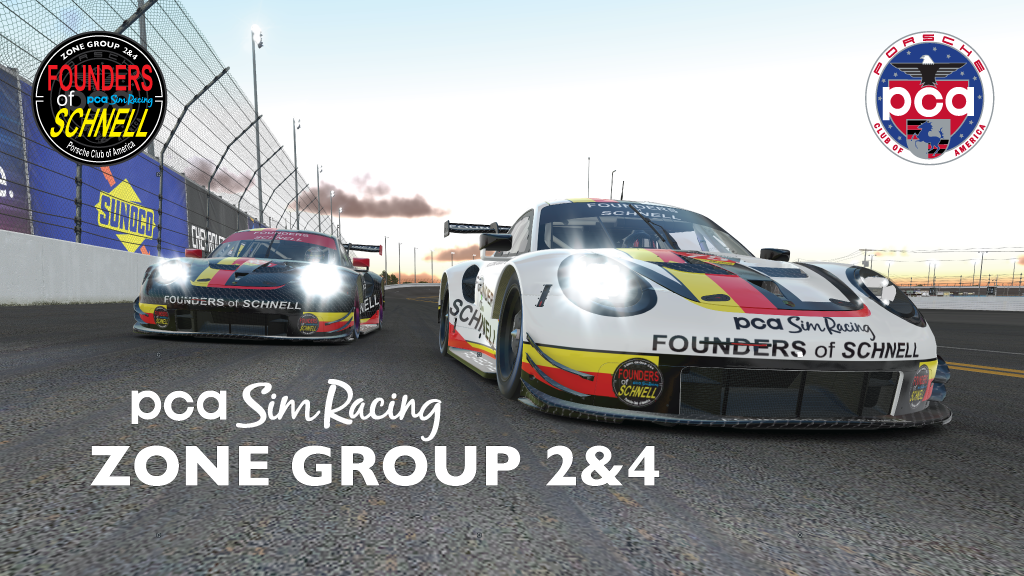 With the holiday approaching we would like to host and invite you to our holiday race. Founders of Schnell Presents Holiday Haul at Circuit de Spa-Francorchamps.

Zone Group 2 & 4 Sim Racing Coordinators welcome you to our inaugural racing series! PCA Sim Racing has to this point been held in the context of National races, and the number of drivers competing has grown such that this is no longer viable. Having the racing take place at the Zone level, and eventually, the Region will facilitate everyone who would like to drive virtually with PCA.

We are very much looking forward to beginning this new chapter in PCA Sim Racing and sincerely hope that you will be an enthusiastic and regular participant as things get underway soon.

To ensure reasonable numbers of participants for this initial Series, the PCA Sim Racing National Steering Committee has combined two or more Zone into five geographically similar Groups. Each group will be creating their own racing events, at the end of which the highest-ranked drivers will earn an invitation to compete nationally in a series of races similar to what PCA Sim Racing has done previously. While national events, such as Series 6 will still continue in 2021, we understand that this is a wholesale change from what PCA Sim Racing has been since its inception and that there will be many questions, which we will do our best to answer going forward. Do please know, however, that these changes will allow PCA to dramatically increase the participation in PCA Sim Racing, and that will benefit not only the quality of the racing but will allow PCA Sim Racing to take its rightful place along other PCA events in the eyes of the broader club membership.

The standard iRacing FIA-style scoring system will be used.

Our Zone Group Challenge points will be calculated from the best six finishes of the eight-race series for each driver. It should be noted that each week is based on a Tuesday-Wednesday-Thursday sequence.

Drivers who have received a class assignment from PCA SR will compete in that same class. New drivers will not be allowed to race until they have successfully participated in, and received a sign-off by, one of the Zone Group eDE instructors. The instructor will place the new driver in the class which best fits their previous virtual racing experience level and skills. Drivers advancing to the National runoffs may have their classification changed by PCA Sim Racing at National’s discretion.

At this time, an undetermined number of drivers from the Zone Group will be offered an invitation to represent the Group at the National Runoffs. The specific number won’t be determined until the level of participation is known once the series gets underway.

The same basic rules as used by PCA Sim Racing will be used for our Zone Group. There will be some likely minor modifications made to accommodate obvious differences between our Zone Group situation and that of National racing. One example of this would be National has humans serving as stewards and Race Control to monitor the racing, and the Zone Group events will be relying on the iRacing artificial intelligence to assess penalties.

Below is a brief synopsis of the initial structure for our Zone Group 2 & 4 Challenge.

We are planning on servers to be available at 7:00 p.m. Eastern for the three days each week and Qualifying/Racing for the Prelude and Thursday race to follow based on the above schedule. Classes may or may not be combined based on grid sizes.

We will run the iRacing Porsche 911 RSR in all our Zone Group 2 & 4 Challenge events.

Download the template here to customize your own livery. We will be using trading paints.

We also have pre made ones with class marking available below.

Please feel free to contact any of us on the Zone Group 2 & 4 Committee via our PCA Sim Racing channel on Discord. 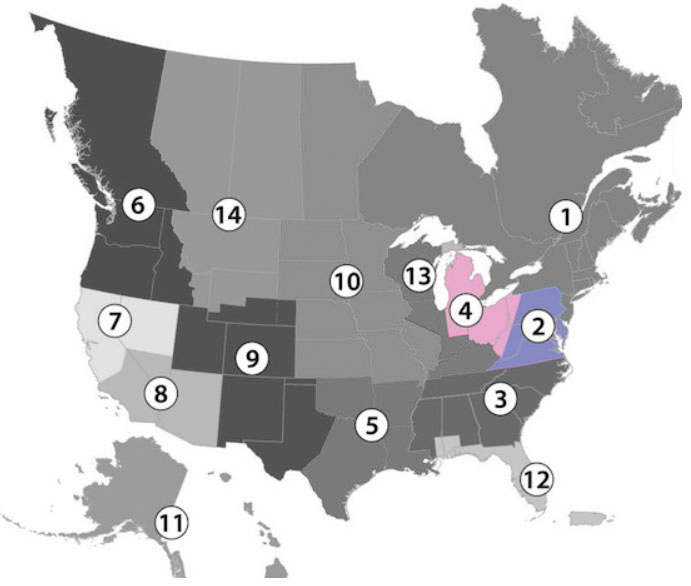